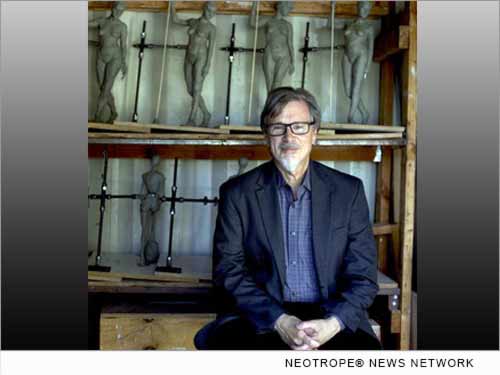 “In my experience, LCAD is the finest of any and all art schools in offering the depth and meaning of representational and figurative art,” said American Figurative Painter Jerome Witkin. “This is Jonathan Burke’s monument and great gift to our culture.”

Named by NIKE as one of the top three design schools in the world, LCAD is closely partnered with Blizzard Entertainment, Disney Animation, DreamWorks, FOX, Hurley International, VANS, Warner Brothers Animation and more.

“LCAD has grown in large part due to Jonathan,” said F. Scott Hess, American representational painter and LCAD Fine Art faculty member. “He had the foresight and stubbornness to hang onto representational art when it wasn’t popular, and it has paid off.”

Burke oversaw the donation of the Rex and Joan Irving Brandt Papers to LCAD in 2011, which is now available online through Project Gado. In 2013, the Suzanne Chonette Senior Studios opened as state-of-the-art workspace for seniors.

“Everyone should realize that we live in an environment created by artists, whether its products we use, what we see at the movies, what’s on our computer screens or art in galleries and museums,” said Burke. “Artists are there to make the world a more interesting and beautiful place.”

Founded in 1961, Laguna College of Art and Design (LCAD) is one of the top art and design schools in the nation. LCAD offers undergraduate degrees (BFA) in Animation, Design + Digital Media, Fine Arts (Drawing and Painting), Game Art and Illustration, as well as Master of Fine Art degrees in Game Development, Drawing and Painting. For more information about LCAD visit http://www.lcad.edu/. Facebook at @LCADBFA, Twitter @LCAD and Instagram @lcadbfa.