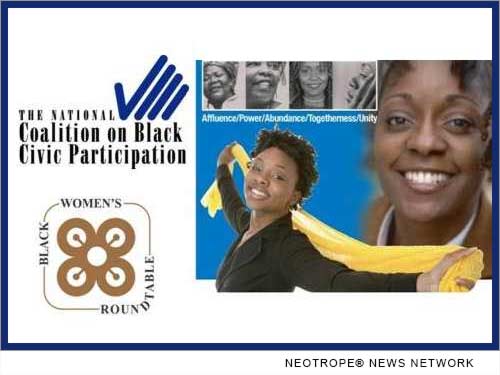 ATLANTA, Ga. /eNewsChannels/ — NEWS: According to a 2013 U.S. Census Bureau report, African American women outvoted every other demographic in the 2012 election so it is clear to the Black Women’s Roundtable Public Policy Network (BWR), that Black women will play a significant role as major influencers in the midterm election. BWR recently released a national report, “Black Women in the US 2014,” looking at the current condition of Black women across the country.

The report is being used to let legislators know what the women expect from a policy perspective and as a tool to galvanize African American women for the midterm election.

BWR has partnered with several local organizations to host a press conference to release the national report along with a locally-developed fact sheet, The Status of Black Women in Georgia. Following the press conference the women will convene for a candid discussion of how Black women are doing in Georgia, policies needed to improve their condition, and strategies they will employ to motivate and mobilize women and their families for the 2014 midterm election.

WHAT:
Press Conference & Roundtable Discussion on the status of Black women and their role in the 2014 midterm election.

BWR, an intergenerational women’s policy network of the National Coalition on Black Civic Participation, stays at the forefront of championing just and equitable public policy on behalf of Black women and girls and promotes health and wellness, economic security, education and global empowerment as key elements for success.

The BWR Report, Black Women in the United States: Progress & Challenges 50 Years After the War on Poverty, the Civil Rights Act of 1964 and 60 Years After Brown v. Board of Education, is the first in an annual series of reports that will utilize data from a wide range of government and private sources to provide a broad view of the lives of Black Women in America at this critical juncture. The report, along with local fact sheets, will be used to galvanize voters in states where members of the network work.

For more information and a copy of the full national report visit http://www.ncbcp.org/ .