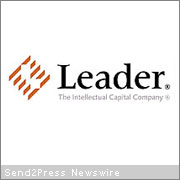 “Our middle school used Leader Alert(R) to quickly notify parents of a precautionary lock-down which was put in place to diffuse a potential confrontation by students from another school.”

Schaub continued, “Leader Alert(R) allowed us to dispel the rumors which inevitably would have perpetuated from such an event. This was a much quicker, more cost-effective communication solution than the traditional methods we have used in the past.”

Leader Alert(R) enables schools to use any combination of voice, texting, and email to send simultaneous messages to hundreds or thousands of staff and parents in just minutes, making it ideal for use by schools in situations ranging from lurking predator to weather emergencies.

For example, said Schaub, Roseville used Leader Alert(R) to quickly notify 400 parents of the need to reschedule an outdoor field trip at the last minute, due to a forecast of severe weather the next day.

“In the past, this situation would have called for hours of phone calls by teachers and office staff,” Schaub noted. “Leader Alert(R) allows our staff to spend their time doing what’s important – educating students!”

“Our goal is to provide schools with a system that offers superior Web 2.0 technology, ease of use, and low cost,” said Leader Chairman McKibben, noting that the product was made available to Roseville through local Minnesota company and Leader affiliate Tyda, headed by former Jostens reps Scott and Mark Anderson.

While in widespread use within the academic community, Leader Alert(R) has many other applications. It has been used in terrorist attack simulations and as an early warning system by harbor masters in the event of a hurricane.

Leader Technologies(R) of Columbus, Ohio, also markets sister product Leader Phone(R), which was used for internal and external communication by the Louisiana state government in the aftermath of Hurricane Katrina, after most of its state communications systems had gone down.

The Roseville Area School District is located just north of the City of St. Paul and east of the City of Minneapolis comprising all or portions of seven communities within the district boundaries – Arden Hills, Falcon Heights, Little Canada, Lauderdale, Maplewood, Roseville, and Shoreview. Roseville Area Schools are an E-12 district and have an enrollment of 6,400 students K-12 and also serve several hundred pre-school and adult students. The district is mission driven and goal-centered focused on a mission statement of “Quality Teaching and Learning for All.” For more information, go online to http://www.roseville.k12.mn.us .

Tyda, whose founders boast more than sixty-five years of serving schools in the Greater Twin City area, is located in Elk River, Minnesota, and offers Leader Alert(R) and other “added value” programs and products to schools in Minnesota and Wisconsin. For more information, contact Scott or Mark Anderson at (763) 633-2255 or go online to .

Leader Technologies(R) Incorporated is headquartered in Columbus, Ohio. Leader(R) develops and markets a new communications framework based on its patented Digital Leaderboard(R) system – U.S. Patent No. 7139761. Within this framework, Leader offers Leader Phone(R) and Leader Dialog(R) for toll-free and toll audio conferencing, Leader Alert(R) alerting, and Leader Meeting(TM) web conferencing to commerce, education and government. Of special note was Leader’s provision of major disaster response communications services to the Governor of the State of Louisiana and all state and federal agencies following Hurricane Katrina and its support of the United States Departments of Homeland Security and Defense at the Terrorex ’04 terror threat simulation in Las Vegas. For more information, contact John Needham, (614) 890-l986 or go online to http://www.leader.com .