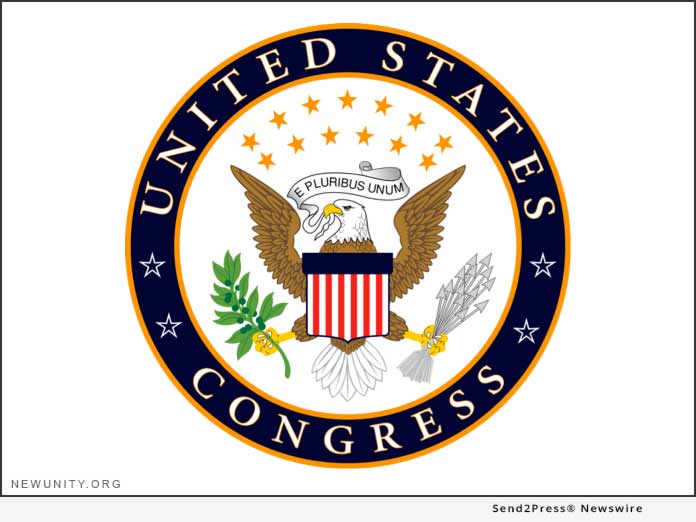 (WASHINGTON D.C.) — NEWS: An Assembly of 600 citizen-delegates is being established by NewUnity.Org and it is expected to eventually become a third-chamber of Congress via constitutional amendment, creating a tri-cameral legislature. The first session of the Assembly is scheduled to start in early 2020. Any U.S. citizen over the age of 18 can be a delegate to the Assembly, provided they satisfy some eligibility requirements.

The Assembly advances democracy and mitigates many of the issues that have plagued the political process. There are no special interests, no political parties and no big money donors involved in selection of delegates and therefore none of the conflicts of interests or compromises that afflict many who are elected to Congress. As a non-partisan body, the Assembly can reduce the polarization that permeates Washington and, indeed, the country.

There is no doubt Americans want real change. 66% of Americans say they want major structural change in government, according to a poll of Americans by U.Chicago Harris/AP-NORC which was released in May 2019. Reforming Congress is clearly the place to start. It has the lowest job-approval rating of any branch of government. Congress’s approval rating is only 17%, according to Gallup Poll in Aug. 2019. For reference, approval of the Supreme Court is 51% and of the President is 39%, according to Gallup Polls as of September 2018 and August 2019, respectively.

These polls highlight the extent of America’s frustration and disgust with the polarized state of politics and gridlock in government. Research by Greater Good at Univ of Berkeley in March 2019 describes the destructive impact that increasing polarization is having on America. In summary, the adverse impact includes: winner-take-all politics, demonization of opposing views, proliferation of partisan propaganda, increased stress and general distrust of government. As an institution whose members are not selected by political parties, the Assembly is a solution that can both improve democracy and unify the country.

Delegates will be chosen from a database of over 230 million adults by an independent non-partisan organization using a transparent selection process that is similar to selection for jury duty. Given the Assembly involves patriotic service to country, organizers believe many will consider it a supreme honor to serve their country.

As a group, Delegates will mirror the general population to a 99% confidence level with approximately 5% margin of error. A 55% super-majority of Delegates will be required to adopt any measure meaning, statistically, decisions of the Assembly are consistent with the majority of Americans 99% of the time. It is obvious that Congress, as currently structured, could not match the Assembly’s 99% level of performance.

Furthermore, the Assembly’s demographic composition will closely mirror America’s whereas Congress’ composition is very different. For example, in Congress, 25% are female vs 51% of America. Through its composition and its voting rules, the Assembly will be unique in reflecting the will of the people.

Direct participation in government by citizens is not a new concept. Citizens already participate directly in one branch of government, the judiciary, through jury duty. People who are called for jury duty are selected from a database of all citizens – a sort of lottery selection process modified with some eligibility requirements. Most Americans have been called to jury duty at some point in their life. Nearly 15% of American adults, over 30 million people, are summoned to jury duty each year, according to a study by the National Center for State Courts. The Assembly simply extends the concept of direct citizen participation to the legislative branch of government.

NewUnity.Org believes citizens should participate in making laws – not just administering them as a juror. Service in the Assembly may someday be referred to as ‘Assembly duty.’ As with jury duty, delegates will be compensated for service and expenses will be reimbursed.

Direct citizen participation alone would add a lot of value; but the Assembly does even more. Delegates are able to do research and they have access to data and resources to fully explore an issue. Then they debate the issue with other delegates who have opposing views and are equally well-informed. Some will be persuaded to change their original position on an issue. The outcome of this deliberative process are decisions that are well-considered and fully-informed. The government can look to the Assembly for guidance on what the American people really think about issues and policies – rather than relying upon polls of uninformed people. This clearly would be a significant improvement over the present situation.

The Assembly’s model is applying, on a national scale, a concept that is being tested in Dallas this week at an event called America in One Room or A1R. Five hundred citizens have been selected to statistically mirror America and they will debate five major national issues over three days. A1R will show if citizens can come together to seriously debate and vote on major issues. Direct citizen participation has already been applied successfully in over 25 countries globally. A1R is a Helena Project and involves Stanford University’s Center for Deliberative Democracy and NORC at the University of Chicago. Lessons from A1R will be useful in establishing the Assembly and other direct democracy initiatives. The New York Times published an Op-Ed about A1R in August and is expected to publish outcomes of A1R after the event. Lessons from A1R will inform the operation of the Assembly.

“Everyone will have the chance to be a modern ‘Mr. Smith’ as in the classic movie ‘Mr. Smith Goes to Washington’ – an ordinary citizen is able to have a meaningful impact on government,” said Ms. Anderson, a spokesperson for NewUnity.Org. “The Assembly reflects the actual will of the people in the entire country rather than representatives that are influenced by their political party, special interests and reflect the narrow preferences of those in their district who happen to vote on one day.” Finally, she stated, “New Unity.Org does not undertake this initiative with a view to favor, or disfavor, any political party. The Assembly’s objective is solely to benefit America by bolstering our democracy. It is a solution that stems from a long-term general disenchantment with politics and government.”

About NewUnity:
NewUnity.org is a 527 non-profit organization. New Unity’s mission is to promote direct democracy and advocate for non-partisan, independent voter participation in elections and government. See https://newunity.org for information about New Unity’s mission and how to support it and follow us on Twitter @NewUnity_USA

Guarantee Real Estate in Fresno CA Offers Home Sellers New Ways to Sell with QuickBuy, an Immediate Offer for Your Home May 3, 2022