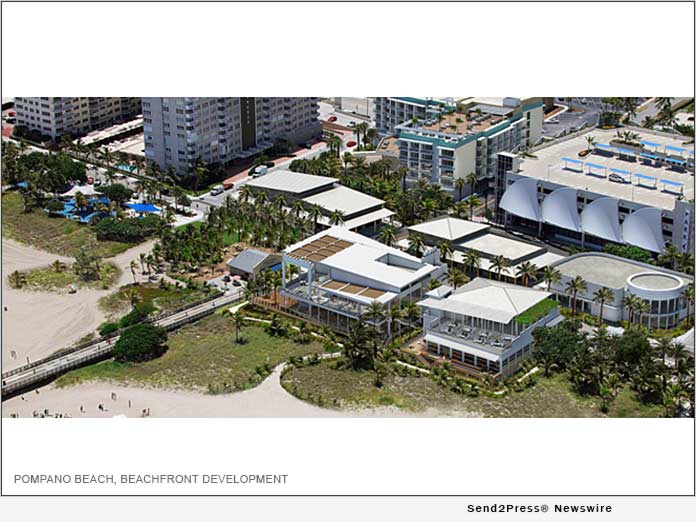 (POMPANO BEACH, Fla.) — NEWS: While other cities around the country are considering raising taxes, or already have, in response to budget shortfalls due to COVID-19, the Pompano Beach CRA has announced that residents of the City of Pompano Beach are experiencing one of the lowest tax rates in Broward County according to the recently released 2021 millage rates.

This financial stability is due in large part to the smart growth strategies that have been occurring in the City during the past few years. The City’s investment in redevelopment and infrastructure has attracted quality private development bringing in new tax dollars and additional support for local businesses, allowing the City to maintain the tax rate.

“Leadership in Pompano Beach knew the importance of tapping into the City’s real estate assets– land and property, in order to create a more economically stable municipality,” said Nguyen Tran, CRA Director. “By properly managing these assets and taking a proactive stance, we have been able to create new revenue streams to benefit the City and its residents, which also offer a layer of protection during unforeseen events like this pandemic.”

Pompano Beach began its transformation in earnest in 2009. After decades of decline, a targeted, economically-driven plan was launched, making the City an attractive location to the private investment community. The City prepared for the growth by establishing development guidelines and zoning laws to protect the City from over development. This plan is working to eliminate blighted areas and enhance the quality of life for the community.

Developments such as Koi, Sabbia, Heritage at Pompano Station, Avery Place and the new restaurants and retailers at the Pier such as Beach House and Oceanic have added approximately $166 million in new property valuation and more than $1 million dollars in new property tax revenue to the City over the past few years. Between 2015 and 2019, the City has seen an increase of approximately $39 million or 39% in major tax and fee revenue sources including property taxes, half-cent sales taxes, state municipal revenue sharing, franchise and utility taxes, franchise fees and communication service taxes.

These enhanced revenue streams have allowed the City to maintain its financial stability even through the trying times of the COVID-19 pandemic. The 2021 millage rates were recently released, and out of 31 cities in Broward County, Pompano Beach is the 6th largest, yet it has the 11th lowest tax rate, according to the Broward County Property Appraiser’s Office.

“Without the strategic growth policies that attracted this private investment, we would be under tremendous fiscal stress right now,” continued Tran. “The economic impact of good growth has been extremely important for the long-term success of our City and the prosperity of our residents.”

This development has been carefully managed to maximize the benefits including a strong tax base, job growth and small business support, while also addressing important resident concerns by regulating building height, creating walkable spaces and connectivity between projects and exploring ride sharing initiatives to manage traffic congestion and enhance mobility. Cities who invest in their public assets and build quality amenities for their residents tend to be the most fiscally stable. The City and CRA’s investment in our public assets have been instrumental in attracting private sector investment.

About the Pompano Beach CRA:

The City of Pompano Beach Community Redevelopment Agency (CRA) was created in 1989. It has two independent districts: Northwest CRA and East CRA established by City government for the purpose of carrying out redevelopment activities that include reducing or eliminating blight, improving the economic health of an area, and encouraging public and private investments in a CRA district.

The Pompano Beach CRA is funded through Tax Increment Financing (TIF). The funds are collected as property values increase and a portion of that increase is captured by the Agency. TIF raises revenue for redevelopment efforts without raising taxes. For more information http://www.pompanobeachfl.gov/pages/cra