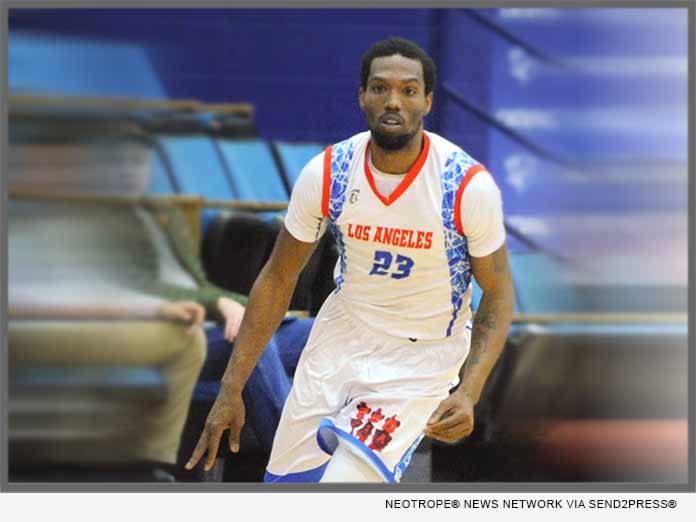 Dr. Michael Miller, the head basketball coach of the University of Los Angeles College of Divinity (ULACD) announced today that junior guard Jerron Wilbut has declared for the NBA draft as an early entry participant prior to NBA draft ahead of the deadline of April 21, 2019.

Dr. Miller, the ultra-successful former basketball coach at Los Angeles City College (LACC) had this to say about Jerron Wilbut: “Jerron was one of our team Captains and our best player and he led us to a 29-3 record in only our second year of fielding an intercollegiate team.” Dr. Miller went on to say, “I couldn’t be more proud of Jerron’s decision to move ahead with his professional career. We are busy interviewing agents and he is keeping all of his options open as he takes this next step in basketball to help himself and his family.”

Wilbut, originally from Chicago, had a stellar season on and off the court while leading ULACD in scoring with 27 points per game along with a team high 8 assists per game. Wilbut also added 7 rebounds per game while playing stellar defense on multiple positions demonstrating his versatility.

ULACD was seeking its first national championship in only the second year of fielding a team at the Association of Christian College Athletics (ACCA) post season tournament held in Joplin, Missouri. While ULACD came up short losing in the semi-finals to the eventual National Champion Arlington Baptist (Texas) in a back and forth contest decided 88-80. The next day, in the third place game against Carolina Christian College, Wilbut tallied a game high 33 points and 10 rebounds in 91-77 ULACD victory.

“I have coached for over 35 years and have never had one player that meant more to his team than Jerron did to ours this season,” stated coach Michael Miller. This is illustrated by the close loss ULACD suffered January 4, 2019 on the road at UC Santa Cruz; coached by a former NBA assistant coach Ron DuBois. “Jerron kept us in that game and we almost stole a win on the road as he tallied 42 points while shooting over 53 percent from 3 point range on January 4, 2019.” VIDEO – https://youtu.be/XYY0xztWhBM.

Later in a rematch with UC Santa Cruz on January 27, 2019 in Compton, the ULACD Cub’s destroyed the Banana Slugs by a final score of 91-77 with Jerron Wilbut tallying 37 points and 6 assists along with adding 8 rebounds.

Dr. Michael Miller, the former LACC head coach who broke numerous national records while at Los Angeles City College (LACC) including coaching his team to 14 straight conference championships which was tied last season by Bill Self and University of Kansas, said of Wilbut’s ability: “If Jerron had played for us at LACC he would have been able to go to any high major conference and compete to be all-conference player like so many of our other players did.”

Coach Miller told Oklahoma City Thunder scout Mark Warkentien: “Wilbut is as good a guard as I’ve ever had at LACC.”

That’s extremely high praise as coach Miller was responsible for sending over 100 players to Division 1 universities including players in every major conference on such teams as Kansas, Oklahoma, Providence, UNLV, Miami, LSU and Oregon State to name a few.