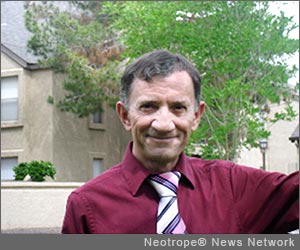 PHOENIX, Ariz. /eNewsChannels/ — A world traveler, a U.S. citizen and Viet Nam veteran, citizen tax reform advocate, John C. Garrison, loves his country. Being a law-abiding citizen, Garrison files peacefully every year his federal income tax return and wants to pay his fair share of government support. Where Garrison sees that reform of income tax law is needed, he does not believe it should come through disrespect for existing law but through responsible legal and/or political action.

As a citizen reformer, Garrison’s attention has focused on what he calls “the scandalous way in which our U.S. government uses a legal fiction to deny American workers, from janitors to corporate executives, their deduction of living expenses.”

According to Garrison, this hidden scandal did not surface until 1978 in the U.S. Tax Court case known as Reading v. Commissioner, 70 T.C. 730 (1978). Garrison explains that the Reading case involved “a married couple, William and Beverly Reading, challenging an IRS claim of income tax due.” Garrison says he is “not interested in nor does he agree with any of the constitutional issues raised by the Readings.”

“Instead,” says Garrison, “my interest is on the manner and specific language the Tax Court used to decide the Reading case.” [Click on this link http://goo.gl/749DU to view the case online). From the language, it appears the court judge centered his decision on the issue of whether a worker’s labor can be regarded as “property” sold to employers in exchange for a wage or salary. For Garrison, the significance of this issue in the Reading case is apparent when one considers that subsection (2) of Section 212 of the U.S. Tax Code allows for the deduction of “all the ordinary and necessary expenses paid or incurred during the taxable year – (2) for the management, conservation, or maintenance of property held for the production of income” (click here http://goo.gl/5iFP9 to view this law online).

Garrison noted that the Reading Tax Court “agreed indirectly that, in itself, it is not unreasonable to claim that living expenses are ordinary and necessary for the maintenance and conservation of labor to produce income. The court specifically said, ‘Of course we recognize the necessity for such items as food, shelter, clothing, and proper health maintenance. They provide both the mental and physical nourishment essential to maintain the body at a level of effectiveness that will permit its labor to be productive'” (70 T.C. at 733-734). So does this mean that workers can deduct their living expenses as provided by Section 212(2)? The Tax Court said no. According to Garrison, the Tax Court concluded that the reason why workers cannot avail themselves of benefits, in effect, such as Section 212(2) provides, is because these benefits apply only to “property” sold for the production of income and, the court added, “the sale of one’s labor is not the same creature as the sale of property” (70 T.C. at 734). Labor, said the Court, is merely ‘behavior performed by human beings in exchange for compensation'” (70 T.C. at 733).

In response, Garrison expresses that “obviously, either through ignorance, incompetence, or questionable legal practice, the court did not acknowledge, let alone explain, why numerous legal authorities contradict this bizarre and fictitious definition of labor as non-property ‘behavior.’ Yet, this is the legal fiction that is being used by our U.S. government to deprive without due process the property workers have in their labor and to deny their deduction of living expenses.”

Garrison cites the court cases below as “two of numerous legal authorities that have confirmed the legal standing of labor as property”:

1. In the late 1980s, Alvin H. Brown, Service Director of the Operations and Maintenance Department of the Chattanooga City School System, was convicted of embezzling city property defined as the labor of city workers that was purchased by Chattanooga with the wages the city was paying them. Following is how the Tennessee Court of Criminal Appeals described Brown’s crime of embezzling city workers labor property:

“The time and labor provided by the employees of the Chattanooga City School System were purchased with public funds and thus became property, with an easily determined value, which belonged to the city. The appellant converted the proceeds of those public funds [i.e., labor property] to his own use to repay favors and create a more comfortable home for himself and his girl friend. The statute was sufficiently clear to have placed the appellant, or any other public official, on notice that the embezzlement of the labor of employees of the State of Tennessee, or any county or municipality therein, is a criminal act.” State v. Brown, 791 S.W. 2d 31, 32 (1990).

2. The legal concept of labor as property is so long-standing in U.S. law that as early as 1873, in the Slaughter-House Cases, U.S. Supreme Court Justice Swayne expressed the concept as follows: “Property is everything which has an exchangeable value, and the right of property includes the power to dispose of it according to the will of the owner. Labor is property, and as such merits protection. The right to make it available is next in importance to the [Fifth Amendment] rights of life and liberty. It lies to a large extent at the foundation of most other forms of property, and of all solid individual and national prosperity.” 83 U.S. 36, at 127 (1873).

John Garrison may be contacted at: jchristopher1ad@gmail.com.