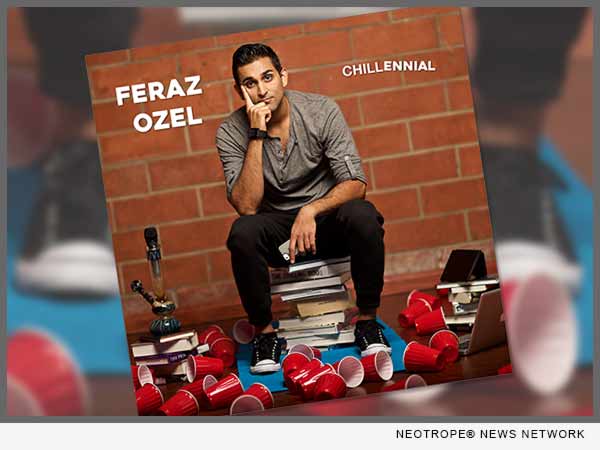 Upon learning that that his first recorded Comedy CD exploded on the scene, Feraz responded: “As a child who watched too much VH 1, I learned two things every artist should strive for – one, charting on Billboard’s top 10 and two, avoiding heroin. So far, so good!”

David Drozen, President of Uproar Entertainment and producer of the CD states: “I knew Feraz was special the very first time I saw him perform at The World Series of Comedy in 2013. I told him then that I wanted to record him. He said he wasn’t ready. So I waited until he was. It was worth the wait. Could just be another Grammy nomination coming!”

Feraz has a successful podcast INFOdels that has been listed by iTunes as a top 10 “New and Noteworthy” podcast and has been featured on the front page of iTunes numerous times.

A few of Feraz’s comedic influences include Greg Giraldo and Jon Stewart, who touch upon big sociopolitical issues, as well as guys like Nick Swardson who see the beauty in a good dick joke. Feraz is known for keeping the energy fun and light throughout his show, rarely taking himself or any situation too seriously. His next joke is just as likely to be something that will make you think, as it is an insane party story about his mushroom trip in Thailand.

He creates an honest environment, and audiences can’t help but feel as though they’re spending an evening with a friend they’ve known for years. His style is highly unique, and unlike anything you’ve seen before. If you’re lucky, he may even pull out his guitar and hit a few musical numbers.

'Red Devil Compilation' debuts at #25 on the Billboard Compilation Album Chart May 27, 2021