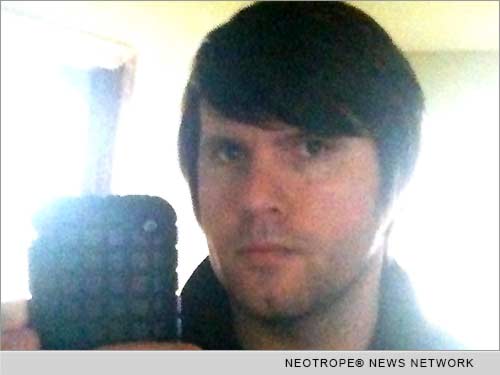 ST. PETERSBURG, Fla. /eNewsChannels/ — NEWS: XVALA, the L.A. artist who planned to display the newly leaked images of celebrities Jennifer Lawrence and Kate Upton, along with other celebrity compromised images, will, instead, feature the artist’s self-shot, life-size, nude images next month at Cory Allen Contemporary Art (CACA) in Florida.

Public outrage over the announcement to exhibit the hacked nude photos of Jennifer Lawrence and Kate Upton by artist XVALA at a St. Petersburg art gallery next month has altered the artist’s and gallery’s plans, via a series of persuasive online petitions.

The artist’s proposed exhibit “No Delete,” which was to feature the recently hacked images of celebrities Jennifer Lawrence and Kate Upton, along with other celebrity compromised images the artist found on Google as part of his ongoing 7-year “Fear Google” campaign, will no longer be the visual representation of his exhibit, and instead, include the collective response to the hacked images and the exhibit, as part of the artist’s commentary to better define the gray areas of individual privacy in the digital age.

After announcing the exhibit, mixed responses resulted in requests that the show be canceled through various petitions.

“It was inspiring to see people take action through a petition, signing their name and not just commenting on a thread,” said Cory Allen.

“It wasn’t just about being ‘hacked’ images anymore, but now presented in the media as stolen property,” said XVALA. “People were identifying with Jennifer Lawrence’s and Kate Upton’s victimization, much more than I had anticipated, which is powerfully persuasive.”

The public’s response to cancel the event wasn’t just about invasion of privacy, but becoming more of an issue of the exploitation of women; specifically the two celebrities. Empathizing with these real concerns, the artist decided to turn the cameras around on him; wanting the focus to be about an individual’s privacy and not just the exploitation of women.

“This concept was always about self-examination in our current culture. Why we feel the need to know and cross the lines of other individual’s privacy,” said XVALA.

“No Delete” will open to the public at CACA’s The Showroom, the world’s first public relations gallery, located in the Warehouse Arts Districted in St. Petersburg, Fla. on October 30, 2014.

Homebot to Improve Prequal-to-App Pull Through with Buyer Enhancements to Its Customer Engagement Platform Jun 13, 2019