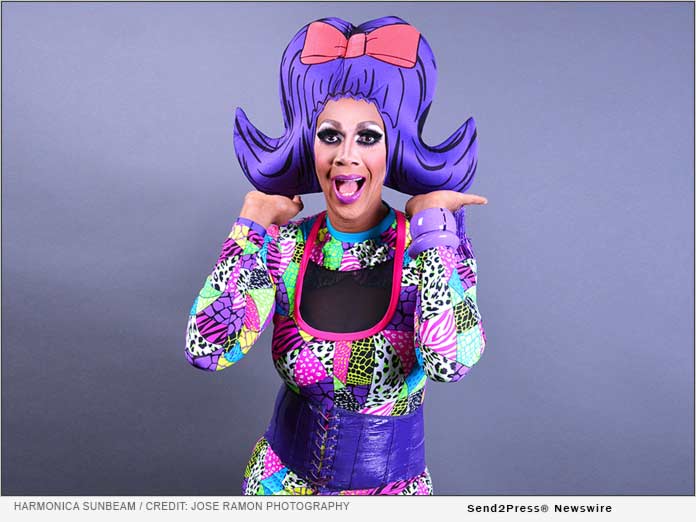 (LOS ANGELES, Calif.) — NEWS: Drag Queen Story Hour announced its inaugural global pride celebration “Drag Queen Story Hour World Pride Party 2020,” to be held Saturday, June 27, 2020, at 1 p.m. EDT (10 a.m. PDT / 6 p.m. BST / 7 p.m. CEST) as a livestream. Timed to coincide with the observance of LGBTQ Pride in several cities across the globe, this will be the first time that drag queen and drag king storytellers from across North America, Europe, and Asia will join together in a single event to read children’s books, sing songs, and perform kid-friendly drag numbers.

Drag Queen Story Hour has recently shifted its programs online to adapt to the COVID-19 pandemic, hosting several readings via livestream each month in partnership with its 50+ local chapters. As an organization that promotes social justice through cultural literacy, DQSH is committed to anti-racism and uplifting Black queer and trans voices. DQSH board member Black Benatar notes, “Pride commemorates legacies of diverse LGBTQ activism, marked by events like the 1969 Stonewall uprising, led by queer and transgender people of color. We stand in solidarity with the urgent work of the Movement for Black Lives, and are deeply committed to using the tools of storytelling and drag performance to support children in becoming anti-racist leaders and building a more just world.”

This year’s Drag Queen Story Hour Pride 2020 will feature readings of children’s books highlighting diverse characters and themes, as well as lip-sync performances and sing-a-longs to children’s songs. Kids and families are also encouraged to dress up in their own fabulous costumes for the event, and post drawings of their own drag characters to social media before the event using the hashtag #drawadragqueen.

Drag Queen Story Hour Pride 2020 will feature drag performers from around the world, including: Miss Shameless and Lady Busty from DQSH Sweden; Kobra D and Jossue from DQSH Mexico; Kaey and Antina from DQSH Berlin; Didi and Dallas King from DQSH Denmark; Bonjour JohnJ from DQSH Tokyo; Black Benatar from DQSH San Francisco Bay Area; Lil Miss Hot Mess from DQSH Los Angeles; and Cholula Lemon from DQSH New York City. The party will be emceed by Harmonica Sunbeam, from the DQSH New York City and New Jersey chapters. The event will primarily be held in English, with some readings also being conducted by DQSH chapters in their local languages.

Tickets begin at $15 per family, via Eventbrite: http://dqshpride2020.eventbrite.com.

Drag Queen Story Hour (DQSH) is just what it sounds like – drag queens, drag kings, and other fabulous drag performers reading stories to children in libraries, schools, bookstores, and online. Through local and livestream programming, Drag Queen Story Hour offers a range of glamorous educational programs that encourage kids to read diverse books, express their best selves through the power of dress-up, and become bright lights of change in their communities. Founded in 2015 by Michelle Tea and Radar Productions in San Francisco, California, Drag Queen Story Hour has grown into a worldwide network with events happening in cities big and small, from Anchorage to Atlanta, Miami to Mexico City, and California’s Central Valley to Central Hong Kong.