As SCL-LEA moves through the certification process and defines its enforcement methods, municipalities and state governments across the U.S. are watching closely. Sunshine Canyon Landfill Local Enforcement Agency may serve as a national model for similar JPAs in communities struggling with the complex issue of waste management. 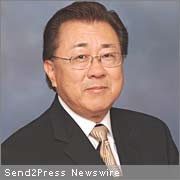 Mr. Honda was appointed by the Los Angeles County Board of Supervisors, and will serve the interests of the people of the County of Los Angeles.

“I am humbled by the trust and faith the Board of Supervisors have vested in me in regard to Sunshine Canyon,” Honda said. “And I’m especially grateful to Supervisors (Mike) Antonovich and (Zev) Yaroslovsky for the opportunity to serve my fellow citizens of Los Angeles in this critical capacity.”

Mr. Honda says his goal as a member of the local enforcement agency is to bring 21st-Century ideas to the landfill in order to make it an energy asset, and “more than just a dump.” His ideas for the future of Sunshine Canyon Landfill range from introducing revolutionary methods of carbon sequestration, to refuse-decomposition-based energy production.

“We also need to ensure and enhance the integrity of the innovative double-liner at the landfill, which residential neighbors fought so hard to win,” Honda added. “The landfill must not contaminate the water table beneath it.”

David Honda is a resident of the City of Los Angeles, living in the neighborhood community of Northridge. He is president of D.S. Honda Construction and D.S. Honda International, LLC.