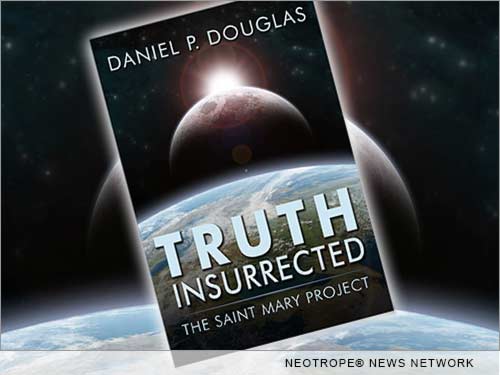 The Columbia Review of Books & Film highly recommended “Truth Insurrected” and described it as “An excellent science-fiction/conspiracy thriller.” Best Thrillers described the novel as “An engrossing, deftly-crafted UFO conspiracy thriller that is easily one of the most successful tales to emerge out of Roswell alien lore.”

“We are very pleased to partner with Jack Snyder, an award-winning filmmaker who has written, directed, and produced both features and short films,” Geminid Press co-founder, Paul Garver, said. “Jack’s a very talented professional, and given the popularity of the novel’s subject matter, as can be seen in such examples as the pending return of the ‘X-Files’ and a sequel for ‘Independence Day,’ we’re very excited about what the future may hold for a ‘Truth Insurrected’ screenplay.”

The estimated timeframe for completion of the “Truth Insurrected” screenplay is June, 2015. Geminid Press published the science fiction thriller in October, 2014, and it is currently available in Kindle eBook, paperback, and audiobook editions.

Geminid Press, LLC, is an independent book publisher established in Albuquerque, New Mexico in August 2014. Inspiration for the company’s name originates with the Geminid meteor shower, which is visible in December, radiates from the Gemini Constellation, and intensifies every year. The owners of Geminid Press also happen to be identical twins born under the sign of Gemini. The company’s mission is to publish quality fiction and non-fiction books of up and coming writers. More information: http://geminidpress.com/ .

Jack Snyder is an internationally award-winning filmmaker who has written, directed, and produced both features and short films. In 2006, he co-wrote and directed the supernatural thriller, “Ghost Image,” starring Elisabeth Rohm (“Law and Order,” “Abduction,” “American Hustle”), and Stacey Dash (“Clueless”).

In 2011, Jack wrote, directed, and co-produced an action-thriller titled “Fatal Call,” which stars Jason London (“Dazed and Confused,” “The Rage: Carrie 2”), Danielle Harris (multiple “Halloween” movies, “The Last Boy Scout”), and Kevin Sorbo (“Hercules,” “Andromeda”). He co-wrote an adaptation of a horror novel by the late writer of “Beetlejuice” and “The Nightmare Before Christmas.” That film, titled “Cold Moon,” which he co-produced, is currently in post-production. When Jack is not writing screenplays or making movies, he teaches several online media courses at the University of Missouri – St. Louis. Jack and his family currently reside in Los Angeles.