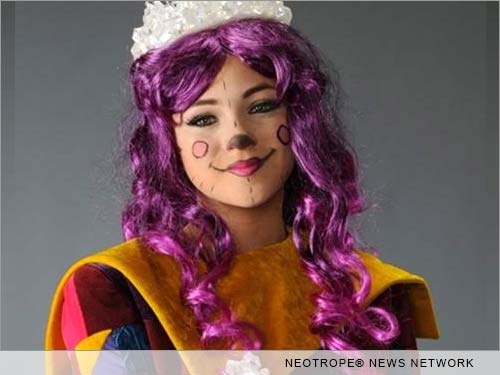 NEWS: JAF Industries strikes again with a new marketing campaign for its Gold Strike Chili that is making people smile. So, what’s so special about it? It starts with a group of characters called the Magical Mine Moppets(TM), which includes the beautiful Princess Penelope Patch, who resides in a salt palace in the heart of Chili Mountain. Curious yet?

Well, thanks to Julie Sears of the Made in Oklahoma (MIO) Coalition, Gold Strike Chili was invited to have Princess Penelope Patch make her debut at this year’s Tulsa State Fair. The first 10,000 lucky kids will receive an autographed color portrait of the Moppet’s fearless salt palace leader.

Kenneth Brown, president JAF Industries, is urging folks to arrive early so they don’t miss out.

“We already know our Gold Strike Chili is a magical mix of flavors and our new representative does too,” he says. “We hope this new magical marketing campaign encourages families to sit down at the dinner table together and to share a little magic of their own.”

Princess Penelope Patch got her name from the patchwork quilt that she dons and her flowing purple hair is festooned with a beautiful crown.

She will be signing portraits and posing for pictures with kids at the Exchange Center Building at Booth 81 from October 1 through October 11, 2015. Valuable chili samples and easy recipes for this most magical of mixes will also be given away.

“Our booth promise visitors a feast for the senses,” Brown says. “We plan to deliver pure magic in more ways than one.”

Gold Strike Chili is a Made in Oklahoma product and made for just about anyone who enjoys this classic dish. It’s made from the freshest premium chili peppers, and mixes together a blend of fresh oregano, cumin, ground peppercorns, sea salt and other natural ingredients. People can make it hot or make it mild. They can use meat or vegetables, make it subtle or sophisticated.

About Made in Oklahoma (MIO) Coalition:

Boston Gay Men's Chorus Sets the LGBTQ Experience to the Music and Magic of Disney Jun 17, 2021

New Jersey Theatre Alliance Awarded Grant Through NJ State Council on the Arts as Part of the State's Largest Appropriation in 55… Aug 4, 2021