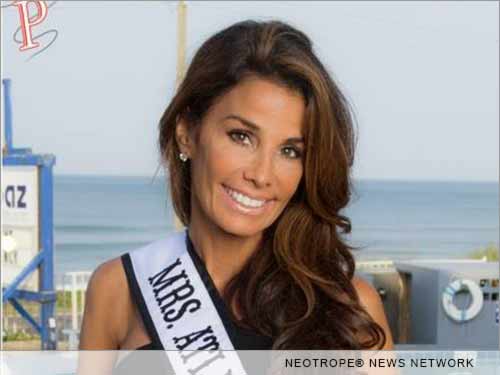 ROSWELL, Ga. /eNewsChannels/ — NEWS: In three months, Nova Kopp will be headed to compete in the Mrs. United States National Pageant for 2015. After her recent win of the Mrs. Georgia crown on April 26, she is excited to move onto the next level. Her main goals: to raise awareness and to create a strategy for dealing with domestic violence in the U.S.

Nova represented the city of Atlanta in the competition. The Mrs. Georgia judging was based on a composite score that was calculated from the interview, swimsuit and evening gown.

“I decided to compete in the Mrs. Georgia competition as a way to get myself out there,” Kopp says. “Ultimately, I’d like to work with non-profits that focus on domestic violence and help them to generate revenue.”

As a child, Nova was abused by her father, who is now deceased after committing suicide. A domestic violence survivor, she is seeking a platform that will allow her to effectively work with other people in similar situations. She is passionate about serving women and children who have experienced traumatic events.

“Throughout my life, I have been surrounded by strong women. Everyone from my mother to my friends have encouraged and inspired me to take on this challenge,” she says. “I’ve been taught to persevere. It’s not easy to get out of the darkness associated with domestic violence, but I was able to do it. There was a fork in the road, and I took the one that would allow me to help others.”

She adds that she does not want to simply create awareness about domestic violence; she wants to provide people with the skills and tools needed for surviving and thriving in the aftermath.

Nova has two children and two grandchildren. She will represent Georgia at the Mrs. United States National Pageant in Las Vegas this July.

“For me, this contest is a great challenge. I’m competing with some very talented and beautiful women. And, while I did get some resistance from people who discouraged me from doing this, I am overcoming those hurdles and hope to inspire others to overcome their fears too,” she says.

About the Mrs. United States Pageant:

Since 1986, the Mrs. United States National Pageant has assembled annually in Las Vegas to celebrate the achievements of married women in all 50 states and U.S. territories.

The premier contest of its kind, judges of the Mrs. United States National Pageant believe that women should be recognized for their ability to integrate intellect and beauty.

For more information about the pageant, visit: http://www.mrsunitedstates.com/.