RESTON, Va. — nPulse Networks, a leading developer of high-performance sensors for government, telecom and enterprise networks, has announced the release of PCAP Express, a high-performance implementation of the popular PCAP API, delivering multi-gigabit throughput to applications which otherwise become CPU-bound at much lower traffic rates.

In typical PCAP applications, packet capture and related tasks quickly consume all available host CPU cycles as traffic rates rise above a few hundred megabits per second. This severely limits the performance of most appliance-based solutions. In the PCAP Express model, computationally expensive tasks such as filtering, decoding, and hashing are offloaded to a hardware-accelerated adapter, freeing the host CPU to handle traffic analysis and inspection functions at line rates. 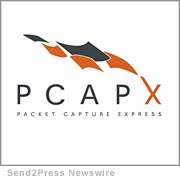 By transparently applying the power of hardware-acceleration, PCAP Express enables easy scaling to multi-gigabit performance with absolutely no modifications to the application code. Software developers seeking higher performance no longer need to retool or retrain to design for proprietary hardware. With a simple recompile, they can move their existing application to a completely new level of performance, opening up entirely new markets and opportunities.

PCAP Express is available for Linux and FreeBSD today, and a Windows implementation is due for release in the second half of 2008. PCAP Express is the core technology that powers the nPulse sensor product line. For more about PCAP Express, visit .

nPulse is headquartered in Charlottesville, Virginia and maintains a government sales and operations office in Reston, VA. For more information, visit http://www.npulsenetworks.com.