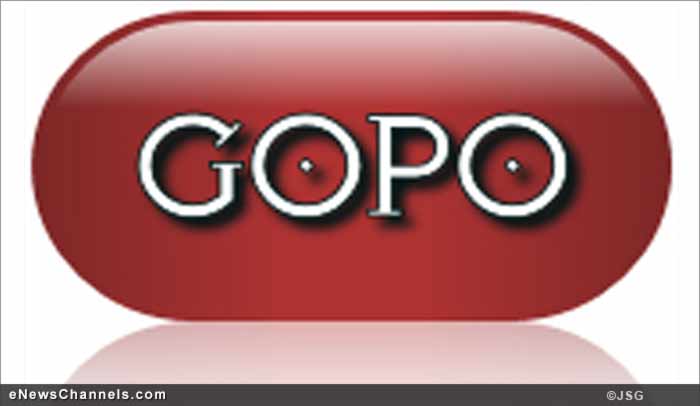 Are you running for public office in a district full of incredibly dim-witted people? Hello republican candidates! Worried about attracting a large number of moron voters? Not to worry, GOP Outfitters is ready to serve you.

“Welcome to GOPO! How we may equip you?”

“No problem. Let me take you through it. It’s our Get to Know GOPO program and it only takes a few minutes. First, GOPO stands for GOP Outfitters, the company that’s helped more conservatives, neo-cons, righties, tea partiers, and republicans than anyone this side of the Creationism Museum. Now, I’ll bet you’re running for office in a swing district, right?”

“Yeah, it’s about half republican, half democrat, and half independent.”

“And you’re a republican I see.”

“Your math skills gave it away. Which is great for you because you won’t need to purchase the NIC.”

“Okay, now you’re going to want to have all your other bases covered. We usually begin with the code words.”

“Exactly. For example, you have good, fine, upstanding Americans in your district, correct?”

“And you know that they’re understandably afraid of those ‘other people’ who are not like us.”

“That is right. And you want to speak out to them, show them you understand and are on their side. But there are pitfalls waiting for you out there. It used to be you could call a spade a spade, you know what I mean?”

“No, no, it was a metaphor. You can’t call a minority by certain names anymore. Even though we all know and love those words. You have to use code phrases. Here’s how — let me give you a couple of the words — don’t worry, these examples are free of charge. Just to get you hooked on our products. Okay, so here’s what you do: you call them undesirables. Or you call them thugs. Or you suggest that they’re foreign. You see how this works?”

“Right! You catch on fast!”

“And Hispanics are ‘illegals,’ right?”

“But I heard Mitt do that.”

“I know, I know, but that’s the kind of trap we at GOPO can help you avoid. We can provide you with lists of acceptable words — media-approved words — that quickly and easily describe black people, brown people, yellow people, gay people, atheist people, thinking people, female people, student people, disadvantaged people, red people, and independent people. All the types who, for some strange reason, never vote republican.”

“So you’re saying there are lists of words?”

“Right, right, of course. But the lists are easy to use and they also come as digital files so you can play them on your phone, your computer, or in your car.”

“No problem. Look, you already learned something from our conversation and you didn’t have to read anything so far.”

“That is right. Okay, now let me tell you about our religiosity products. Are you a religious person?”

“Wrong answer. The correct response is ‘Yes.’ There should be no hesitation.”

“Wrong again. You would do well to get our video ‘Knee-jerk Reactions: Learn ‘Em Right.’ It can be a life-saver when talking in public.”

“But using god in politics is just–”

“Just about the best gol durn thing there is! That’s one of the two greatest aspects about being on the conservative side: one, you get to use god to back up whatever the hell you might say, and two, you never have to think. About anything! Just praise Jebus, wear a flag pin, and say that you pray every day.”

“There ya go. When asked a tough question, just say ‘That’s a good question and I will pray about it to arrive at the correct answer.’ You can stall your way out of answering almost anything with that. Um, don’t tell anyone I gave that one away for free, okay? And hey, remember that there are oodles more great pieces of GOPO advice on the CDs, DVDs, and iTunes files.”

“Sure, we sell a lot of our stuff through the iTunes store. You can get all kinds of crap there.”

“Right. Okay, now how are you fixed for position papers?”

“Oh sure, no problem. You don’t read ’em, your office hands ’em out to those snarky reporter types who are always sniffing around for the truth and stuff like that.”

“Sure. Through GOPO, you can have all the ‘facts’ on destroying Social Security, starving the poor, killing the elderly, and jailing the teenage and twenty-something black and brown people.”

“Whoa, some of that sounds bad.”

“Well, we don’t say it like that! No, no, no, this is all high-class writing by college educated writers working for the Heritage Foundation, the Cato Institute, the ALEC organization — all the Koch Brothers places. They can make irresponsible right-wing nonsense sound almost palatable. Believe me, you see these dimwads on the Sunday morning talk shows all the time and people hardly ever make fun of them.”

“I see. But let me ask you a question. What happens when an intelligent person asks me about all the weird republican positions?”

“That’s where the guilt phrases come into it.”

“No, like in guilt trip. Here, here’s one for free. Say a progressive person challenges you on one of the claptrap GOP ideas that would let corporations do to America what the unregulated coal industry has done to West Virginia’s drinking water. You turn to them with a snarl and you ask them, ‘Don’t you have any respect for other people’s beliefs? You liberals are so intolerant.’ That can get you out of a lot of bad situations. And we have lots of other recorded examples you can practice with your iPod. Here, take a look at one of the full program Blu-Rays.”

“I see it’s also from the Koch Brothers.”

“Well, you know, the Kochs are mighty fine people — they have tons of stuff that all seem to make excellent points based on what could maybe even be called ‘research’ even though it’s all basically made-up — and they’ve graciously donated it to us to help the cause of conservatism.”

“For sale at reasonable rates.”

“And you will love all the Koch material because it seems to say one thing but it means something else and the moron base will know the code words.”

“Sure. These packages work out really well for our conservative candidates. How much would you like?”

“Ah, I see. Well, how many pounds do you think I might need?”

“Depends on your district. Ted Cruz bought seven thousand pounds of it, but he had to reach all the morons in Texas. And Texas is a big place with a lot of morons. Lindsey Graham bought eight thousand pounds, but she, I mean he always overdoes everything.”

“That’s nothing. Rand Paul bought eleven thousand pounds, plus he has his own people churning out more of it. We’re even negotiating with him to get the rights to sell his stuff through our stores.”

“Good luck with that. Negotiating with people as wacko as the Paul family can be tough.”

“Thanks. Boy, you said it! Okay, now let’s get you some pharmaceuticals.”

“I can tell that you like to listen to what’s being said to you, am I right?”

“And you take in what’s being said and reply based on a normal human reaction to the information you just received, correct?”

“Don’t worry, we have just the thing. Here, pop one of these twice a day.”

“Logic Inhibitor Pill. It’ll fix you right up. Hey, don’t be down about it. Most conservatives need them. It’s not natural to say what they say and do what they do, am I right?”

“Absolutely. So, just buy a jar of SQUELCH and you’ll be all right. Or all ‘Right,’ if you know what I mean.”

“Well, for people who believe in the principles of America, conservatism is — wait for it — a bitter pill to swallow.”