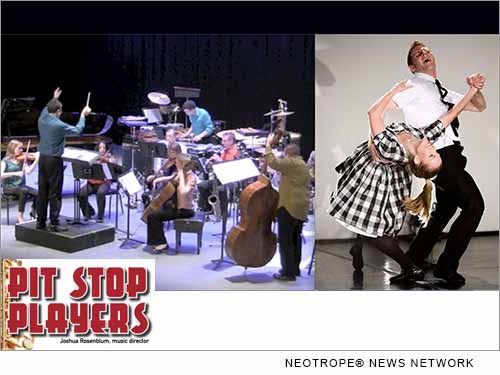 The dancers will be performing to live renditions of music by Beethoven, Bolling, Diamond, Shostakovich, Sousa, and Zellnik, as well as two scores commissioned specifically by The Chase Brock Experience from Pit Stop music director Joshua Rosenblum. Tickets are $35, $15 for students, available at Symphony Space.

Artistic director Chase Brock said, “I’m thrilled for the opportunity to perform seven of our instrumental and orchestral dances with live music by the stellar Pit Stop Players, including the two pieces of music we commissioned from Josh Rosenblum in 2008 and 2009 – and to debut our 28th and 29th dances, ‘Another Curious Episode’ and ‘The Shostakovich 5!'”

Composer/conductor Rosenblum added, “Chase is one of the most exciting and creative choreographers of his generation, and his work has been an ongoing inspiration to me. Performing live with his dancers is going to be a thrill for all of us, and, I hope, for our audiences as well.”