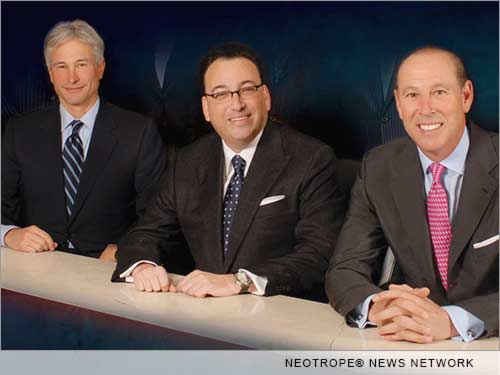 Three of the 14 Weitz & Luxenberg NYC personal injury lawyers have earned “Super Lawyers” plaudits every year for a decade straight. Several others have been on the list nearly as long, the firm said.

Four of the 14 are first-time honorees who join the magazine’s pantheon of notables as a “Super Lawyers Rising Star.” “Rising Stars” are younger attorneys who distinguish themselves by exhibiting superlative knowledge and skills, Weitz & Luxenberg said.

The “Super Lawyers” honorees who have been on the roster of excellence for a decade are Weitz, Luxenberg, and Gordon, the firm said. They each represent the following practice areas: mesothelioma and asbestos exposure; defective drugs and medical devices; personal injury; environmental and toxic torts; and consumer protection.

Pennock and Goldhirsch were inducted to the “Super Lawyers” list in 2007 and have returned every year since, the firm said.

Meanwhile, Relkin, Roberts, and Wise have been “Super Lawyers” annually since 2010. Cooper debuted on the list in 2014, Weitz & Luxenberg said.

Among the “Rising Stars,” Bilsborrow, Fanelli, and Savastano have each been recognized by the magazine in prior years. Fanelli originally achieved “Rising Star” status in 2012 and again in 2013 and 2014, while Bilsborrow and Savastano were added in 2014, the firm said.

Whether “Rising Stars” or “Super Lawyers,” one thing all 14 Weitz & Luxenberg attorneys share in common is their excellence as practitioners of the law.

The publication explains that an attorney is deemed worthy of induction to the list when he or she becomes widely acknowledged as possessing legal prowess a cut above 95 percent of all other lawyers in a given locale and practice area.

Super Lawyers magazine indicates that its selection process begins with nominations from other attorneys.

Those making nominations can only submit for consideration the names of attorneys they have personally observed at work in the courtroom, around the negotiating table, at a deposition hearing, or is some other legal setting, the magazine explains.

Once an attorney is nominated, a research team from Super Lawyers magazine conducts an in-depth investigation to independently confirm that the candidate is as good as his or her nominators contend.

The publication says it weighs approximately 12 factors in assessing each “Super Lawyers” or “Rising Stars” candidate before reaching a final decision.

Weitz & Luxenberg, P.C., is among the nation’s leading and most readily recognized personal injury and consumer protection law firms. Weitz & Luxenberg’s numerous litigation areas include: mesothelioma, defective medicine and devices, environmental pollutants, products liability, consumer protection, accidents, personal injury, and medical malpractice. Victims of consumer fraud are invited to rely on Weitz & Luxenberg’s more than 25 years of experience handling such cases. You can contact the firm’s Client Relations department at 800-476-6070 or at clientrelations@weitzlux.com.

CDF Labor Law LLP announces nine lawyers have been included in the 2023 edition of The Best Lawyers in America Aug 19, 2022