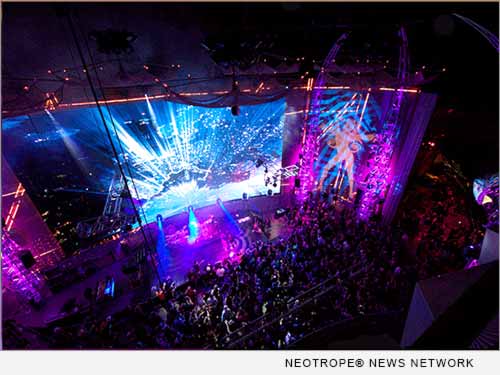 INDULGENCE, known as “Seattle’s best New Year’s Eve party,” has sold out every year for the last 13 years, primarily because of its unique proposition to attendees: offering five areas of entertainment in one event.

The INDULGENCE New Year’s Eve Bash provides 5 unique areas of entertainment located throughout the EMP Museum including two live bands, three DJs, two exclusive VIP areas, a comedy lounge, and the popular local venue: the EMP Museum. Everything is included for one price.

The INDULGENCE signature of 5 unique entertainment experiences all in one venue for one price continues its tradition of being one of the largest New Year’s Eve events in the Northwest on December 31, 2015 in the EMP Museum at 325 5th Ave North, Seattle, WA 98109.

New Orleans' 14th Annual Running Of The Bulls Only Sorta Canceled Due To Pandemic Jun 11, 2020