NEW YORK, N.Y. — Weitz & Luxenberg, P.C. today extolled the virtue of all the women and men who have served our country so courageously and admirably over the years. Their efforts ensured our freedom and that of our children for decades to come. We are forever indebted to their commitment and steadfast fealty. 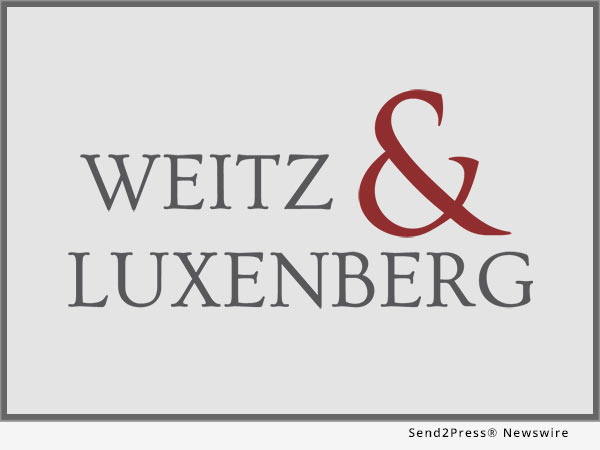 Memorial Day provides us with an ideal opportunity to honor and remember those who served so valiantly in war and lost their lives. While doing so, Weitz & Luxenberg, also seeks to celebrate the veterans who are living among us. We owe them our undying gratitude and abiding compassion.

“The men and women who return home after experiencing the incomprehensible realities of war are forever changed. Spiritually, emotionally and physically, the nation’s veterans live with the reminders of the horrors they witnessed every day,” Weitz & Luxenberg, P.C. said.

“As a nation, we have a responsibility to recognize their struggles and offer whatever assistance we can to support our veterans in their day-to-day lives,” Weitz & Luxenberg, P.C. added.

Mesothelioma and the Aftermath of War:

The young men and women who so proudly offered to serve our country had no idea they would be facing more than just a known adversary. They might well have indomitably trained to prepare themselves for the physical and emotional challenges of war.

What they couldn’t know or prepare themselves for was the silent but lethal substance they would be subjected to day in and day out for months or years at a time. That substance was asbestos, a known health hazard and carcinogen.

“Industry knew before World War II that inhaling asbestos particles was dangerous. The particles settle in your lungs and never leave,” the law firm said.

“All U.S. governmental regulatory agencies involved with worker and environmental health, as well as worldwide health authorities, agree that there is no safe limit of exposure to asbestos.”

“What is particularly tragic is that by the time someone experiences symptoms of asbestos-related diseases, such as mesothelioma or asbestosis, the disease is so advanced that the damage can never be undone,” Weitz & Luxenberg, P.C. said.

Of all the known cases of mesothelioma since 1999, U.S. military veterans have constituted 30 percent. If you look at the population as a whole, however, veterans represent only 8 percent of the U.S. population.

The veterans who are most at risk for developing mesothelioma are those who served between World War II and the late 1990s in the U.S. Navy or the U.S. Coastguard. These branches of the military, more than any other, were subjected to the widespread use of asbestos in engine rooms, galleys, boiler rooms, gun turrets and crew quarters of ships. This is due to the fact that asbestos has long been used in ship building and repair.

“What is so abhorrent,” the law firm said, “is that our military personnel should never have been exposed so recklessly. The companies that made and sold the products containing asbestos simply chose not to warn or protect workers from the hazards.”

“It’s absolutely reprehensible,” Weitz & Luxenberg, P.C. said. “If these companies had acted responsibly, our veterans would never have developed mesothelioma.”

“Our veterans honorably served our nation, and we need to support them,” Weitz & Luxenberg, P.C. said. “We are fully committed to working on behalf of our veterans and all other victims of mesothelioma to see that they receive the justice they deserve.”

“Mesothelioma is devastating, not only to those who are afflicted with the disease, but also to their families and loved ones. We absolutely want to support our veterans in any way we can.”