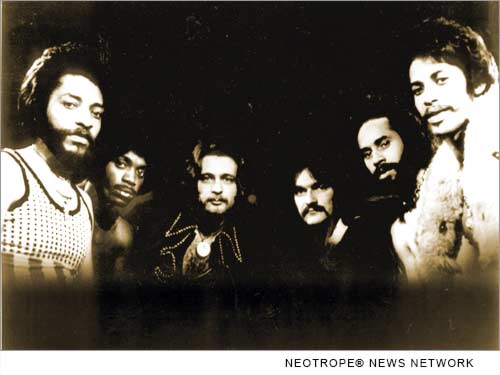 NEW YORK, N.Y. /eNewsChannels/ — NEWS: Of the terrifying statements a musician can hear, “Your master recordings have been lost” has to rank among the most gut-wrenching. But that’s exactly what occurred to the Buckeye Politicians after recording their album in 1975. It only took four decades to make good on the promise of their musical vision.

“Now they’re back with the crunch of rock, the rhythms of soul music, and the punch of a horn section,” states their long-time manager, Herb Gart.

Touring far from their Ohio home, they played London’s Speakeasy club and were cheered by Freddie Mercury and Brian May (Queen), John Entwhistle (The Who), and Jon Lord (Deep Purple). Signed by EMI, they entered Abbey Road studios.

“It was great to be where the Beatles recorded,” notes Rosco, lead vocalist. “Plus, Alan Parsons produced, the same guy who worked on Pink Floyd’s ‘Dark Side of the Moon.’ It was fantastic, amazing and wonderful! And then British Airways lost the tapes.”

“The results were great,” Gart stated. “A deal was made with Utopia Records, to be distributed by RCA. Unfortunately, just as the album was about to be released, RCA and Utopia went to court to end their deal and everything for us was DOA.” Once again, The Buckeye Politicians’ album was lost.

Over the years, the band split into solo acts and different bands. But eventually, the group re-formed and the result is “Hope for the Common Man,” independently released this year by The Rainbow Collection Label and available on CD Baby http://www.cdbaby.com/cd/thebuckeyepoliticians2 .

The album contains newly mastered versions of six tracks from the two lost albums as well as eleven new songs, including “Take My Hand,” the single. “There is a sense of vindication and triumph,” bass player Jay states, “and it feels great!”

ABOUT THE BAND:
“Our credo is at the heart of our music,” Rosco states. “We recognize all men and women are created equal. Integrity, courage and honesty are in short supply in Congress. Immigrants are the lifeblood of our democracy. A threat to democracy is the power of corporations. We want in music what we want in life: peace and love.”