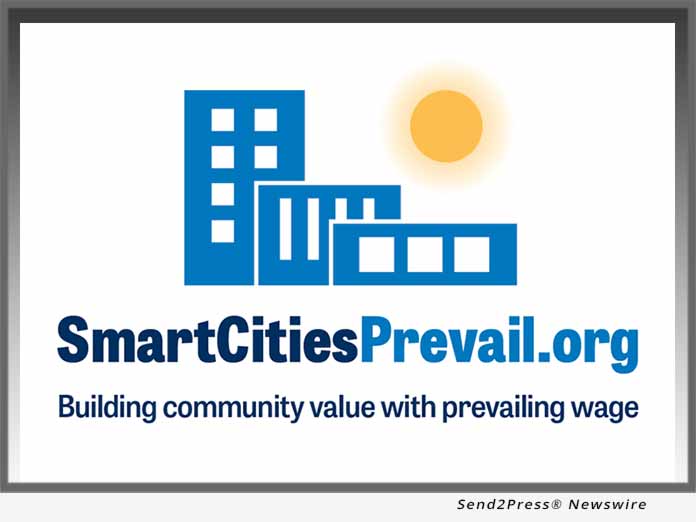 TV and online effort will reach California and New Mexico

“HT Tran” tells the story of an Iraq War veteran who came home after being wounded in combat to found the award winning general engineering firm Anvil Builders.

“I wouldn’t be alive today if all the guys I served with took shortcuts,” Tran says. “Taking care of workers doing dangerous and difficult jobs here at home is no different than taking care of soldiers in the army. Prevailing wage is an investment in well-trained local professionals who know how to get the job done right the first time.”

Research has shown that prevailing wage laws disproportionately impact veterans, because they work in construction at higher rates than non-veterans.

“While the well documented economic and community benefits of prevailing wage have been long-validated by respected economists and earned these laws broad bi-partisan support, they are often not well understood by the public at large,” said Smart Cities Prevail spokesman Todd Stenhouse. “This campaign isn’t just about facts and figures – it’s about telling the story of what is at stake and who is really impacted by these laws. More often than not, it’s you or someone you know.”

Established in the 1930’s, prevailing wage laws establish the local market minimum wage on different types of skilled construction work. Typically, the wage includes a base wage, benefits and training contributions – based on surveys of workers performing similar jobs in the community.

In conjunction with the release of the new ad campaign, Smart Cities Prevail has also published resource documents on the impact of prevailing wage laws in New Mexico and California. These studies chronicle the impact of the laws on everything from construction costs to job creation, overall economic output and welfare reliance.

“Reams of peer reviewed data have conclusively shown that when it comes to controlling costs, creating jobs, strengthening the economy and building projects that stand the test of time, prevailing wage offers the best value for taxpayers,” Stenhouse concluded.

NonProfit EveryLibrary's 'One Book, One Congress Campaign' Raises Awareness of Role of Libraries