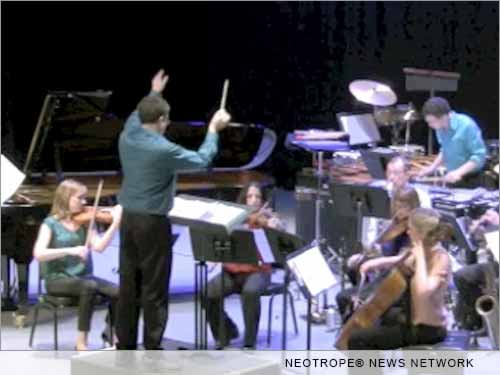 Tickets are $25 ($15 for Students), available in advance at http://www.smarttix.com/show.aspx?showcode=pit65E or cash only at the door.

The Pit Stop Players is a genre-defying ensemble for contemporary music, comprised of some of New York’s top freelance musicians, many of whom normally spend their evenings playing in Broadway pit orchestras. Founded in 2009 by conductor/composer Joshua Rosenblum, the Pit Stop Players gives these musicians a chance to climb out of the pit and take center stage, performing a stimulating and eclectic assortment of music from the worlds of contemporary classical, jazz, rock, fusion, film, and opera. Repertoire includes arrangements and transcriptions of great pieces from the recent past (encompassing numerous genres), but the primary emphasis is on new compositions that are both challenging and immediately engaging, written and orchestrated specifically for the group by today’s most exciting creative talents.

The New York Times has praised the Pit Stop Players for their “flair, sprightliness, and precision” and their “playfully cohesive” programs. With their unique mission, exciting repertoire, and broad appeal, the Pit Stop Players have cemented their place at the cutting edge of New York’s cultural landscape.