The Olim Soccer League of Israel represents 18 nationalities and is now using TeamSnap’s mobile and web SaaS for managing ongoing activities and groups. The league is entirely comprised of immigrants and acts as a competitive and social platform to play soccer with like-minded foreigners while integrating into Israeli society. 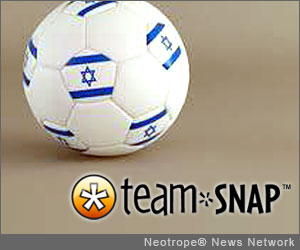 BOULDER, Colo. /eNewsChannels/ — NEWS Apr 17, 2013: The Olim Soccer League of Israel represents 18 nationalities and is now using TeamSnap’s mobile and web SaaS for managing ongoing activities and groups. The league is entirely comprised of immigrants and acts as a competitive and social platform to play soccer with like-minded foreigners while integrating into Israeli society.

This season, the league joined TeamSnap’s League and Club service (www.teamsnap.com) in an effort to organize and improve the diverse league through its email messaging, player database functions and team calendar capabilities.

“With an increase in media attention and the competitiveness of the league, it became essential to run it in a way that is interactive with its players and the community and allows the league to operate smoothly by making use of the online approach TeamSnap has to offer,” said David Bernstein, Media Representative for Olim.

Since finishing its fourth season, the league now has eight teams with coed players ages 15 through 55 representing five major Israeli cities. It is sponsored by a UK based trading firm called Hamilton Court FX.

Olim hosts players mainly from English speaking countries such as England. For over 25 years prior to the league’s official creation, there were local games of Anglo immigrants in Israel and from this landscape, the league was formed. Israel is just over 60 years old as a country.

“Whether it is for the purpose of learning the language or other social or practical reasons, immigrants share a natural bond with other immigrants,” said Bernstein. “Soccer is a key part to this process as it is an activity that requires no common language, and this is why we have been able to grow as a league so quickly.”

The league is featured in Israeli national newspapers such as Haaretz and The Jerusalem Post as well as featured in the largest Jewish newspaper in Britain, The Jewish Chronicle, for its local sports success. Former player Diana Redman was featured in national press for being the first female player in the league.

“The league has also had the unique privilege of being able to include African refugees. This is definitely an initiative and community matter that I hope will attract positive attention both nationally and internationally,” said Bernstein.

Several members played semi-professional and professional soccer both in Israel and internationally with clubs like Anderlecht, West Bromich Albion and Beitar Jerusalem. Olim’s players have also represented their countries at the Maccabiah level, which is commonly known as the Jewish Olympics.

As an organization chalked-full of talent and diversity, Olim also has turned competitive. In a recent game, the top team in the league played the bottom team and the score was only 4 to 2.

“There are realistically six out of the eight teams that are capable of winning this league, and that makes every game of the season a big game,” said Bernstein.

Learn more about TeamSnap at: http://www.teamsnap.com/ .

Published on eNewsChannels.com on Apr 17, 2013. This version of news announcement is Copyright © 2013 eNewsChannels™ and the Neotrope® News Network – all rights reserved. Reproduction in whole or in part for commercial purposes is prohibited unless under license. Made in the USA.