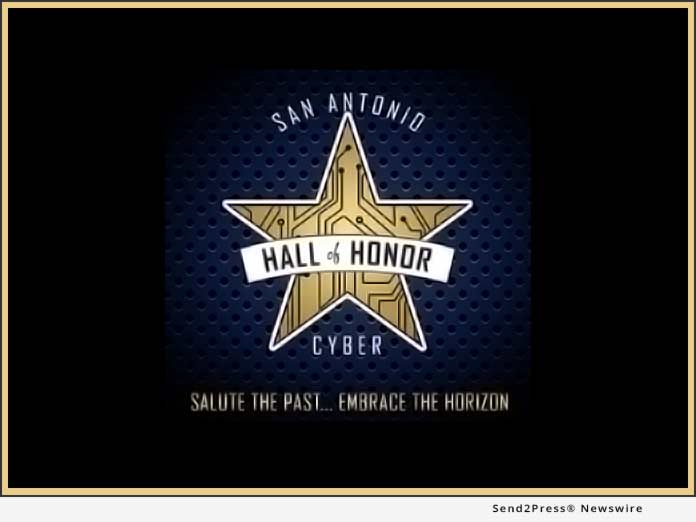 (SAN ANTONIO, Texas) — NEWS: The CyberTexas Foundation will host the 2019 San Antonio Cyber Hall of Honor Induction Ceremony on Tuesday, August 20, 2019 at 5 p.m. at the University of Texas at San Antonio (UTSA) Downtown Campus, Buena Vista Building. The Hall of Honor recognizes cyber pioneers who innovatively forged new paths across the city of San Antonio, the state of Texas, the nation and abroad.

Inductees are recognized for their efforts to understand and accept the pronounced risks and challenges and profoundly lead the way in creating one of the preeminent cyber ecosystems in the country.

The CyberTexas Foundation is proud to announce the 2019 Inductees:

Josh Beck, Networking Engineering Instructor, Roosevelt High School, San Antonio
* Developer and instructor of one of the best CyberPatriot programs in the city at the Engineering and Technology Academy (ETA) at Roosevelt High School;
* Lead one of his 13 teams to the CyberPatriot National Competition where the Army JROTC team placed 3rd in Service Division;
* Army JROTC team won the All-Service Cisco Networking Challenge;
* Developed a program resulting in nearly 30 students earning industry recognized IT and security certifications.

“Members of this year’s Pioneer inductees soundly represent the Air Force’s foundation and technological advancements in what we now call cybersecurity,” said Joe Sanchez, Executive Director, CyberTexas Foundation and Founder of the SA Hall of Honor.

The Pioneer Category was established for an individual who devoted an extended period (20+ years) or a career to the field. The All-Star Category was established for an individual (or team) who has made substantial contributions over the course of the past year or more. The All-Star Category has three segments: Workforce/Education, Government/Operations and Industry/Technology.

Sanchez offered insight into the work of pioneer Mike Kretzer by highlighting his ability to “carry forward in the Air Force tradition of advancing the mission by helping shape the cyber tools, tactics and techniques into weapon systems.” Sanchez continued: “Mike has a superb eye for finding golden nuggets in national labs, startups and academic institutions and turning them into tools used by our cyber warriors.”

In describing why Dan Teal and Kevin Ziese were selected, Lee Sutterfield, CEO and co-founder of SecureLogix, and inaugural Hall of Honor inductee stated that “the innovative technology and processes developed by Dan Teal and Kevin Ziese were groundbreaking in the field of detection and defense, which are widely found today in military and commercial devices and software. Their work brilliantly continued into the collective standup of WheelGroup, into Cisco Systems and into the development of numerous patents.”

Chris Cook, Senior Advisor at CyberTexas Foundation described Josh Beck as the “developer of one of the more prominent and successful high school CyberPatriot programs in the region at Roosevelt High School’s Engineering and Technology Academy.” Cook stated that, “Beck’s drive to teach students led to an Army JROTC team placing third in the country in the CyberPatriot National Competition Service Division. They also won the All-Service Cisco Networking Challenge.”

The induction ceremony will start at 5 PM. It will be followed by a reception. To learn more or to attend, contact Victor Malloy, General Manager, CyberTexas Foundation at vmalloy@cybertexas.org.