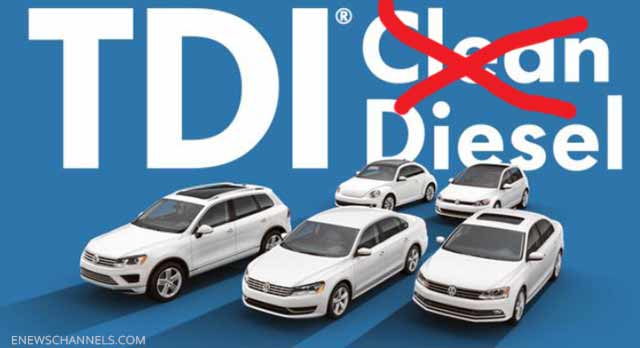 The firm announced plans to bring a class action lawsuit against Volkswagen on behalf of defrauded consumers across the country, including in California and New York, where Weitz & Luxenberg has offices.

Weitz & Luxenberg said it believes that consumers who purchased one of the 482,000 Volkswagen vehicles the federal government last week ordered recalled may be entitled to damages from Volkswagen.

According to Robin L. Greenwald, who heads Weitz & Luxenberg’s Environmental, Toxic Tort & Consumer Protection litigation unit, owners could recover an amount of money equal to the lost value of their car. The diesel engine on these cars increased their purchase price by several thousands of dollars, she explained.

“When owners of the recalled Volkswagen cars bought them they were promised a lawfully compliant emission system, but that promise turned out to be a deliberate falsehood because Volkswagen built into the emission system a ‘defeat device,'” Greenwald said.

“That device tricked the consumer and the government when the vehicle was brought in for emission tests – allowing the vehicle to pass the test – even though when on the road the vehicle far exceeded allowable emissions,” she said.

“As a result of the intentional misrepresentation, these recalled Volkswagen cars will be worth substantially less than paid for,” Greenwald indicated.

According to NBC News, the U.S. Environmental Protection Agency discovered that Volkswagen rigged its onboard emission control software with special programming – the ‘defeat device.’

This programming allowed each car undergoing an official smog test to appear to be compliant with California’s strictest-in-the-nation emissions standard as well as those set by other states and the EPA, NBC News said.

Volkswagen’s software was capable of detecting when the car was undergoing an official smog test and would automatically adjust the engine performance to reduce exhaust pollution levels, NBC News reported.

Then, when the smog test ended, the software would readjust engine performance back to normal, a setting at which the car would spew toxic fumes far in excess of legal limits, NBC News said.

“As an indication of how bad this fraud is, Volkswagen actually touts these vehicles as ‘clean diesel,'” said Greenwald.

Weitz & Luxenberg said that at this stage of the pending litigation its consumer protection attorneys plan to focus on meeting with Volkswagen car owners to explore their legal rights to compensation from Volkswagen.

The firm said interested Volkswagen owners will receive a no-cost, no-obligation evaluation. To schedule such a meeting, consumers may contact Weitz & Luxenberg at (212) 558-5925 or by filling out a request form online at http://www.weitzlux.com/.

Said Greenwald: “Emission standards exist to protect the health and welfare of our citizens. For Volkswagen to have purposefully designed an emission system intended to deceive consumers and the public with regard to the performance of their vehicles and also to deceive the government during emission tests is indefensible.

“Consumers were lured into purchasing these vehicles on the belief that they were high-performing vehicles with excellent emission controls. Instead, they now find out that they paid a premium for a vehicle that secretly installed software designed to hide nitrogen oxide emissions that contribute to ozone, smog and the increase in human health concerns.”