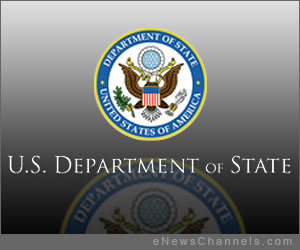 WASHINGTON, D.C. /eNewsChannels/ — Over the last 13 years, governments, major multinational corporations, and non-governmental organizations have worked together in the Voluntary Principles on Security and Human Rights Initiative, in an effort to make sure that when companies extract resources in some of the most difficult places on earth, they take tangible steps to minimize the risk of human rights abuses in the surrounding communities.

As a result of the meeting last week, participants will move ahead with an impact study that will explore how the Voluntary Principles make a difference on the ground. Fourteen of the 22 participating companies also led a conversation on the status of their pilot project on developing and integrating a set of key performance indicators into their systems. These indicators guide and assist in validating the ways that companies fulfill the commitments they make under the Voluntary Principles, to maintain high standards while they do business in difficult parts of the world. At the end of the meeting, Participants welcomed the Swiss chairmanship of the Initiative for the upcoming year.

The Voluntary Principles Initiative consists of 22 oil, mining, and gas companies; eight governments; and 13 non-governmental organizations. Over the past year, the Voluntary Principles Initiative welcomed: The Government of Australia, companies Tullow Oil and Xtrata, NGOs Global Rights, Partners for Democratic Change International, and The Pearson Centre.

Developments in the Voluntary Principles initiative are an example of this Administration’s practical approach to working in partnership with corporations, other governments, and civil society groups to start addressing human rights problems that none could solve alone.