Just one year after completing a project to reduce its energy consumption, Monroe Local Schools has surpassed projections for cost savings, Energy Optimizers, USA found. The district anticipated saving approximately $74,000 annually, but an analysis has found the savings exceeded $75,000 in the first year. 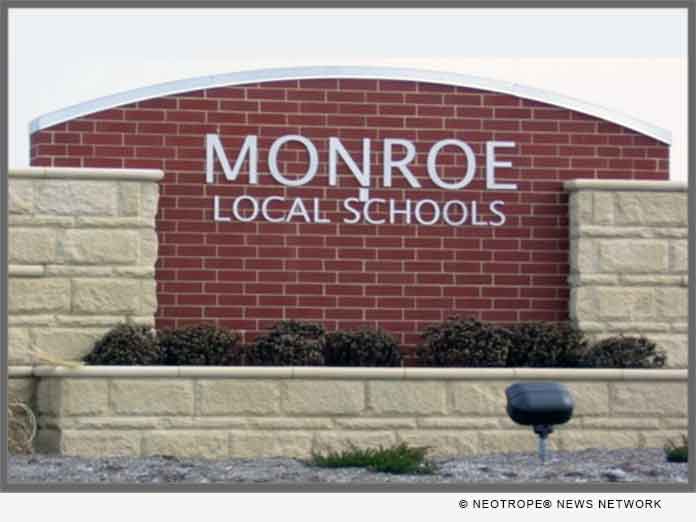 In 2016, the district engaged Energy Optimizers, USA, to replace all of its interior and exterior lighting with LED systems. The project also included the installation of HVAC controls and a high-efficiency boiler at the district’s 2-12 building.

The district anticipated saving approximately $74,000 annually, but an analysis has found the savings exceeded $75,000 in the first year. Electrical consumption is down 18.6 percent and fuel usage is down 17.4 percent. The savings are normalized for weather.

The savings will continue to build annually by reducing both energy demand and maintenance costs. That’s because LED lighting uses an average of 60 percent less energy and lasts five times longer than the systems that were replaced.

“These relatively simple and straightforward investments in energy efficiency have yielded a tremendous savings, which is critical as we balance the needs of our fast-growing student population with limited resources,” said Monroe Local Schools Superintendent Phil Cagwin. “At the same time, we have improved our learning environments with higher-quality lighting, better air quality and more comfortable classroom temperatures.”

The majority of the work was funded through the Ohio Facilities Construction Commission’s House Bill 264 program, enabling the district to make these cost-cutting improvements at no expense to taxpayers while ensuring the guaranteed savings of the project are met or exceeded.

“This is a great story for Monroe Local Schools, its staff and students, and the community it serves,” said Greg Smith, president of Energy Optimizers, USA. “By making fiscally sound investments in the future, the district has redirected dollars from the utility companies to its classrooms, where they will have the most impact.”

Energy Optimizers, USA works with educational, governmental, commercial and industrial customers to implement energy savings opportunities to reduce operational costs, including lighting retrofits, renewable energy projects (wind and solar), HVAC retrofit projects, building automation retrofits and energy education programs. The company was named to the INC. Magazine Top 500 list of fastest growing companies in the U.S. (2014), was named the Fastest Growing Company in the region for two consecutive years by the Dayton Business Journal (2013, 2014), and was named a finalist in the Dayton Business Journal Best Places To Work competition in 2016.