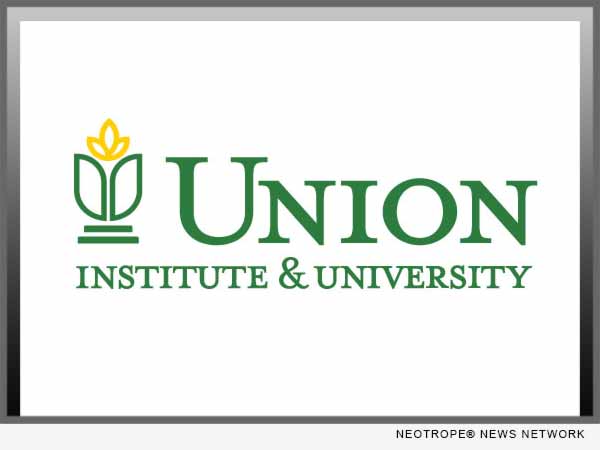 Union is a national university with five academic centers located in: Ohio, Florida, California, and Vermont.

“Diversity of thought and academic pursuits are the cornerstones of Union’s mission. Each individual is valued for who he or she is as a person,” said Dr. Nelson Soto, provost and vice president for academic affairs at Union Institute & University.

Union serves a 26 percent Hispanic adult learner population. It is the only university in Ohio designated as a Hispanic Serving Institution (HSI) by the U.S. Department of Education Office of Postsecondary Education Hispanic-Serving Institutions Division web page. A HIS is defined as a university where total Hispanic enrollment constitutes a minimum of 25 percent of the total enrollment.

In addition, Union is active in Hispanic Chamber of Commerce associations across the nation.

“Union is a beacon of light for adults to further their education,” said Dr. Soto. “Very few places of higher education offer the scholar-practitioner model of academics and real world application. Our curriculum interweaves social connectedness to identify solutions to difficult questions. Union’s faculty is the underpinning of social justice,” said Dr. Soto.

National Hispanic Heritage Month celebrates the histories, cultures and contributions of American citizens whose ancestors came from Spain, Mexico, the Caribbean and Central and South America.

The observation started in 1968 as Hispanic Heritage Week under President Lyndon Johnson and was expanded by President Ronald Reagan in 1988 to cover a 30-day period starting on September 15 and ending on October 15. It was enacted into law on August 17, 1988, on the approval of Public Law 100-402. The day of September 15 is significant because it is the anniversary of independence for Latin American countries Costa Rica, El Salvador, Guatemala, Honduras and Nicaragua. In addition, Mexico and Chile celebrate their independence days on September 16 and September 18, respectively. (Source National Heritage Month)

To learn more about Union’s commitment to diversity, visit http://www.myunion.edu/.

About Union Institute & University
Union Institute & University is a non-profit, regionally accredited university specializing in providing quality higher education degrees for adults nationwide. Founded in 1964, Union’s academic programs and services are the result of more than five decades of identifying and refining ways to structure and deliver education to meet the needs of adults. Distinguished as the pioneer in adult education, Union perfected the concepts now common in higher education such as the hybrid model, a blend of online and traditional classroom instruction, interdisciplinary studies, and student centered education with socially relevant and applicable learning outcomes in its undergraduate, master’s and doctoral degree programs.

The university is guided by its core mission to educate highly motivated adults who seek academic programs to engage, enlighten, and empower them to pursue professional goals and a lifetime of learning, service, and social responsibility.

Union is a national university with five academic centers located in: Ohio, Florida, California, and Vermont.

New Music: Zepet Releases New Pop-Single ‘Call Me When You Break Up’ along with Music Video