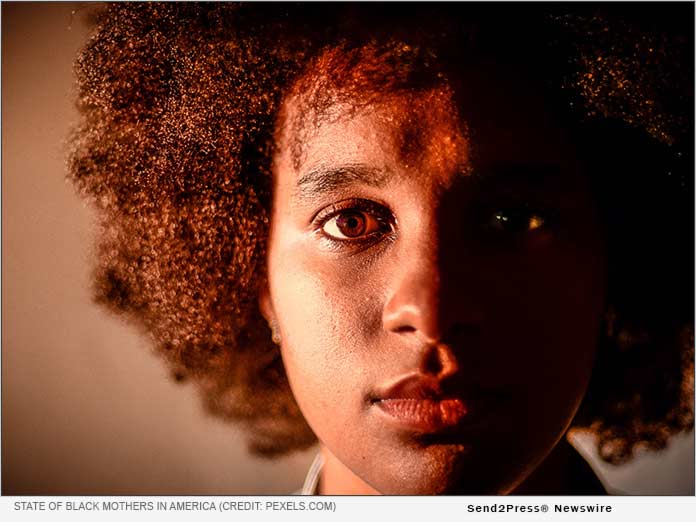 (COCKEYSVILLE, Md.) — NEWS: June’s first-ever State of Black Mothers In America became the largest conference dedicated to this audience in the world, says event co-host Christine Michel Carter. With nearly 2,000 attendees, it surpassed the attendance of the previous title holder by more than three-fold. The State Of Black Mothers In America also raised nearly $15,000 in sponsorship to non-profit organizations supporting Black moms, including the Girl Scouts Beyond Bars program.

Sponsored by Google, McDonald’s, and several other organizations, the State Of Black Mothers In America was hosted by Christine Michel Carter, author and the #1 global voice for working moms, Blessing Adesiyan, the founder of Mother Honestly and Neferteri Plessy, the founder of Single Moms Planet. The co-hosts are all millennial Black moms and specialists in the maternal workforce, benefits and finance industries, respectively. The event was held on Juneteenth (June 19) and included other prominent Black mom speakers, including Devi Brown.

According to Forbes, Black women are disproportionately affected by the events in 2020 to date. The event discussed these challenges, along with ongoing unconscious biases in the workplace, police brutality, and recent civil unrest due to the killing of George Floyd.

* Statistically speaking, since California’s stay at home orders went into effect on March 19, black women in that state have spent nearly 120 hours more on child care than their white counterparts.
* Black moms are more likely to participate in the workforce than moms of any other race, and about 85% of black mothers are the primary, sole, or co-breadwinner for their families, but in 2017, they were making only 54 cents compared to white dads’ dollar.
* According to research in the New York Times, “Black women are three to four times as likely to die from pregnancy-related causes as their white counterparts,” with racism playing a direct role.
* Black women also spend nearly three times more hours per week caring for elderly or sick relatives, compared to just the 12 hours white women spend.

For more information or to speak with attendees, sponsors, or conference hosts, please email Kylah Langston at langstonpublicrelations@gmail.com.

*IMAGE link for media: https://www.Send2Press.com/300dpi/20-0701s2p-blackmothers-300dpi.jpg
*Caption: State of Black Mothers In America is now the largest conference for black moms in the world (Credit: Pexels.com).