SafeChain, the industry leader in wire fraud prevention software for land title, announced today it has successfully facilitated the sale of 36 forfeiture properties via blockchain. The transactions, which were completed on Tuesday in partnership with the auditor’s office in Franklin County, Ohio, marks the first instance in the U.S. of a state government using blockchain to legally record the transfer of property deeds. 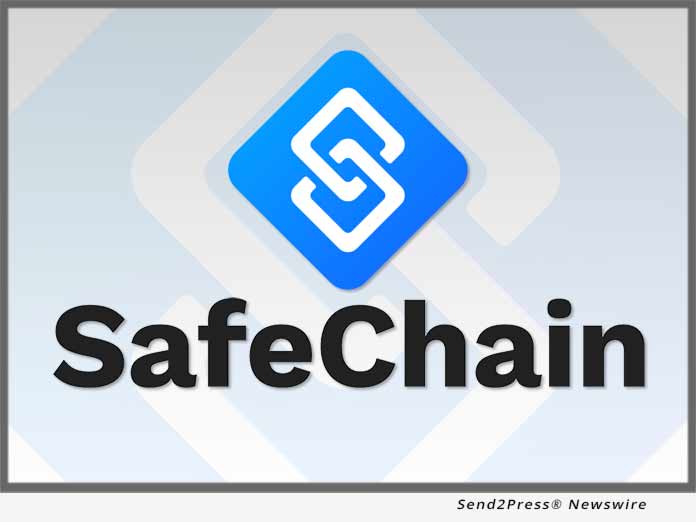 (COLUMBUS, Ohio) — NEWS: SafeChain, the industry leader in wire fraud prevention software for land title, announced today it has successfully facilitated the sale of 36 forfeiture properties via blockchain. The transactions, which were completed on Tuesday in partnership with the auditor’s office in Franklin County, Ohio, marks the first instance in the U.S. of a state government using blockchain to legally record the transfer of property deeds.

“To have Franklin County lead the nation in blockchain adoption for real estate transactions is one of the crowning achievements of my tenure as Auditor, but this transaction is just the beginning,” Franklin County Auditor Clarence Mingo said. “Too often, government services are inefficient and out-of-touch with current technology, resulting in wasted tax dollars and a poor experience. The constituents of Franklin County deserve better, which is why the Auditor’s Office has set a goal to move 100 percent of Franklin County’s property records to blockchain and begin testing the technology to decentralize all county records and systems to create a more streamlined, efficient and secure process for delivering these services to the local community.”

The recorded properties were sold at auction by the auditor’s office. After the deeds are awarded to the winning bidders, all relevant property information is transferred to blockchain and assigned a barcode, which is then attached to the deed so that the property’s information can be accessed via blockchain.

“Blockchain will transform the real estate industry. There’s no doubt about it, and the earlier entities get on board, the more they stand to gain in terms of security and efficiency,” said Tony Franco, CEO of SafeChain. “Starting with something as relatively straightforward as property transfers, blockchain creates a decentralized, near-perfect audit trail that can never be lost or stolen. Eliminating that risk opens the door to completely changing how properties are bought and sold in the U.S., and those changes will ultimately be to the consumer’s benefit, as well as the real estate industry’s as well.”

In addition to its partnership with Franklin County, SafeChain is also working with officials in Washington and Perry counties as part of a larger, state-wide push to adopt blockchain. In June 2018, Ohio state legislators signed Senate Bill 220 into law, which added blockchain as a legally-recognized electronic transaction in the state.

As Ohio House Speaker Ryan Smith noted in an August 23, 2018 article for The Columbus Dispatch, “This is so new and just starting to take shape that we can position Ohio out front and, most importantly put it out in a way that gives our kids…an opportunity to stay in Ohio and not have the brain drain to the West Coast. It’s a great opportunity for Ohio to really start the economic engine on a different perspective.”

“As an Ohio-based company, we are deeply invested in not only making Ohio a top-of-mind destination for top technology talent, but we are also honored to help lead the charge to make Ohio one of the most technologically-advanced states in the nation,” Robert Zwink, CTO of SafeChain said. “In addition to moving property records to blockchain, we’re also working with title companies to eliminate wire fraud in real estate transactions using our platform SafeWire, thus adding an additional layer of security and efficiency to the real estate process.”

SafeChain makes real estate transactions safer and simpler. Built by real estate title experts in collaboration with banking technologists, SafeChain tackles the inefficiencies of the buying and selling process from the inside-out to help title companies, mortgage bankers and realtors decrease costs and deliver a better experience for customers. Leveraging the most advanced technologies, including blockchain, SafeChain increases the speed and security of closings to deliver faster transactions and better consumer confidence.