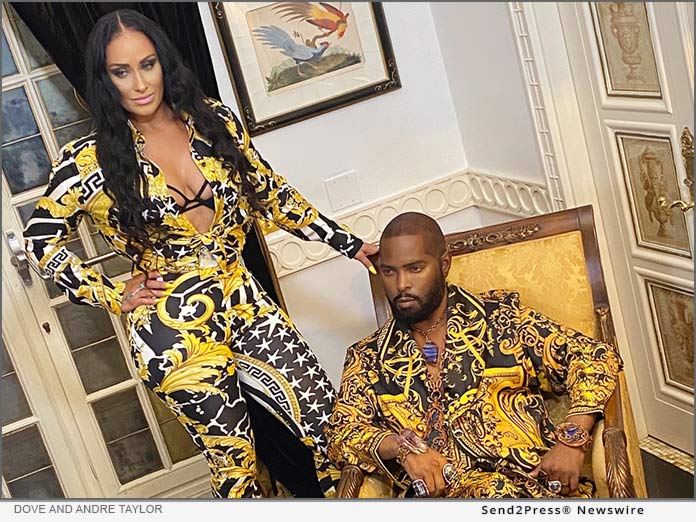 (SEATTLE, Wash.) — NEWS: In what might appear to be a major contradiction of sorts, civic activist Andre Taylor is reflecting on his notoriously iconic, urban culture hustler past and bringing back his alter pimp ego, “Gorgeous Dre,” with the release of his new music and video project, “Many Shades of Dre.”

Always an outspoken figure, stemming back to his feature in the Hughes Brothers cult documentary film classic, “American Pimp,” Taylor has garnered national mainstream accolades for his work and achievements on the frontline battle for police accountability, most recently concluding his appointment as a “street czar” consultant by the mayor of Seattle. “The Many Shades of Dre,” an unapologetic exploration and dive back to his roots, is a multilayered music and video compilation, marking the evolution of Taylor from the mean streets to his former high-level executive suite.

Taylor has consistently brewed widespread controversy from both the left and right, with many questioning his ability to adeptly stride the road less traveled. From his street reign as a pimp, his transformation as a civil rights contender victoriously taking on the Seattle police department, to the appointment of his city position as “street czar,” while battling and managing family loss and health issues, including a bout with Covid, Taylor continues to rise as an 21st century renaissance man and urban legend.

Married for 23 years, his wife, Dove, has stood by his side through it all, even sharing a kidney during a health scare when his failed. A true enigma of sorts, Taylor also boasts a son who graduated from Yale and a daughter who graduated from UCLA among his offspring!

There is a strong message in his perceived madness. His current single and video releases, “Like Me,” “Knockin’ Season” and “A Day in the Life” have amassed over six million views across social media platforms. With plans to drop a video with every track from the project, Taylor is determined to make his musical mark and reignite his street ‘cred’ and visibility.

When one is fully acquainted with the back story of Andre Taylor, it becomes clear that it takes more than salty opinions to deter him from his appointed mission to impact, enhance and save lives. With “Many Shades of Dre,” Taylor makes no excuses for his illicit past, boldly recapturing and revisiting his pimp roots. On a musical voyage akin to what supporters are calling, “The Return of the American Pimp,” Taylor makes peace with the fact that it is his maligned origins that paved the road to his rise as a venerated urban visionary.

Like Malcolm X, Andre Taylor rose from the gutter to achieve remarkable heights. His father was a pimp and his mother a prostitute. Following in their footsteps was perhaps predestined. A stint in prison saw him retiring from ‘the game’ before catapulting to pop culture fame in “American Pimp,” the groundbreaking film that laid bare the subculture of pimping and pandering.

It was the tragic murder of his brother, Che Taylor, by Seattle police in 2016, that redirected his focus to civic activism. Taylor left Los Angeles for Seattle and founded the nonprofit organization, Not This Time. He began working with other families who had also experienced police related tragic losses and by 2018 had spearheaded the triumphant passing of I-940. An unprecedented initiative, I-940 makes it easier to criminally charge police officers believed to have wrongfully used deadly force.

Taylor has worked relentlessly on a grassroots level to secure recognition and justice for Seattle’s marginalized communities. Not This Time received a city contract for a $100,000 contract to host a speaker series called ‘Conversation with the Streets,’ followed by a $150,000 contract positioning Taylor as the city’s consulting ‘street czar,’ securing his expertise to de-escalate tensions and liaison the community and Capitol Hill.

“Not many can comprehend the depth of my life mission,” cites Taylor, a man known for his gift of expression. “I can’t stop to concern myself with continual explanation. When I was in the streets as a pimp, I was public enemy number one. Yet my activism and civic service had others perceiving me as a sellout. My life journey has challenged me to be true to myself and my God, no matter what.”

“Like many successful artists, including Jay Z, 50 Cent and Snoop Dogg, my evolution didn’t start pretty,” notes Taylor. “With ‘Many Shades of Dre’ there will be no more whispering and speculation about my past deeds. I’m laying my life bare, all of it. The man I was is not the man I am today, but the man I was made me the man I am today. Music has always been one of my strongest passions because of its ability to heal through self-expression and I am blessed to embark on this new journey.”

Check out the music and videos for “Many Shades of Dre” as well as the revelations of Andre Taylor on his YouTube channel at https://www.youtube.com/c/AndreTaylor and experience “A Day in the Life” starring comedian Cory Holcomb, his wife Dove and his son, Cashanovas-kp.

Get involved with “Not This Time” at https://notthistime.global/.

Shades of Blue Project will host a week-long event and discuss its impact to the maternal mental health of Black women Jul 7, 2022