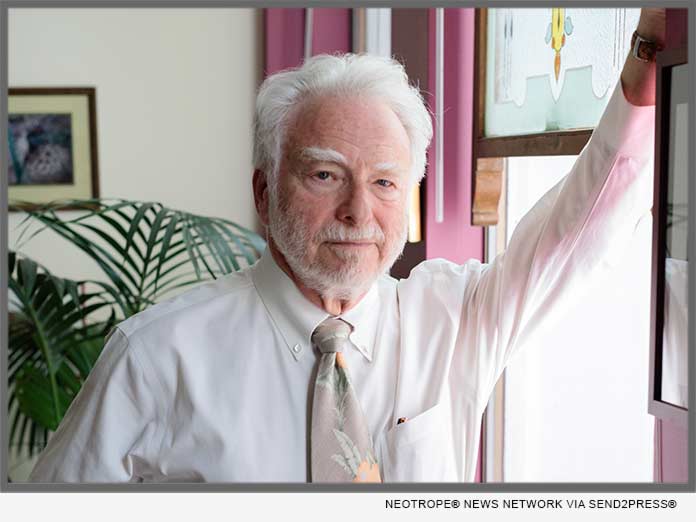 Contrary to the CDC propaganda, annual deaths from the flu are less than 400 per year

(CORTE MADERA, Calif.) — NEWS: Dr. Don Harte, noted chiropractic activist and former Libertarian State Senate candidate, is “outraged by the dog-and-pony flu shot show during the recent Golden Globes awards. But it was entertaining, in a very weird way, including the shock and disgust of some of the intended victims, notably William Defoe.”

Dr. Harte relates, “What happened was that one of the two celebrity hosts, Sandra Oh, announced, very excitedly, ‘Roll up your sleeves, Hollywood, because you’re all getting flu shots.’ The other ‘genius’ host, Andy Samberg, added that if you’re an ‘anti-vaxxer, you could put a napkin on your head and you’ll be skipped.’ Dr. Harte calls this stunt “medical care, by shame.”

Dr. Harte declares, “This Hollywood publicity stunt for the flu vaccine is one of the stupidest things I’ve ever seen from celebrities! But it does go with the flu shot itself, which is, perhaps, the stupidest of all the vaccines available. It’s concocted, every year, from three or four strains of influenza from the year before. Since influenza almost always mutates, the flu shot is never up to date with what is presently out there. And, despite blatant playing with statistics from the CDC, influenza is NOT a dangerous disease. Know anyone who died from the flu? This is all a bad, dangerous joke, but a profitable joke for Big Pharma.”

“Contrary to the CDC propaganda, annual deaths from the flu,” Dr. Harte explains, “are less than 400 per year, most if not all, I would assume, are of people who are already in very bad shape. On the other hand, severe side effects, including the dreaded, paralyzing Guillain-Barre Syndrome, sometimes leading to death, can come from the flu shot itself.”

Dr. Harte wonders about “the irresponsibility of alleged ‘medical professionals’ from the local Rite-Aid performing a medical procedure without knowing medical histories, without receiving informed consent.” He further explains, “But, then, informed consent is not part of the whole vaccination thing. Post World War II, the world learned about the importance of medical informed consent, from the Nuremburg Trials. Flu vaccination, and every other kind of vaccination is, somehow, exempt from this basic ethical standard.”

Here’s three scientific facts to fix your celebrity-induced confusion, offers Dr. Harte:
(1) Every vaccine works by short-circuiting normal immune responses, which causes chronic inflammation, which can include the brain;
(2) Every vaccine contains multiple substances that are poisonous to the immune system and the nervous system, which can and will cause serious illness.
(3) The Great Myth of Vaccination, that it has saved millions of lives from the infectious plagues of the past is simply untrue. What saved millions was better sanitation… clean water, sewer systems, refrigeration for food.

Dr. Don Harte, former medical student, is a principled, traditional chiropractor serving Marin and the Greater Bay Area since 1981. He is an activist in the struggle for free speech for chiropractors. Dr. Harte was named 2006 “Chiropractor of the Year” by the World Chiropractic Alliance (WCA). He has served on the Boards of the WCA and the Council on Chiropractic Practice. His articles have been published in OMNI magazine, San Francisco Chronicle, Chiropractic Journal and Journal of the California Chiropractic Association. Learn more at: https://www.chirodrharte.com/

Activist Ed 'NJWeedman' Forchion Promotes "Puff and Paint" Cannabis Creativity at The Joint of Miami May 15, 2021