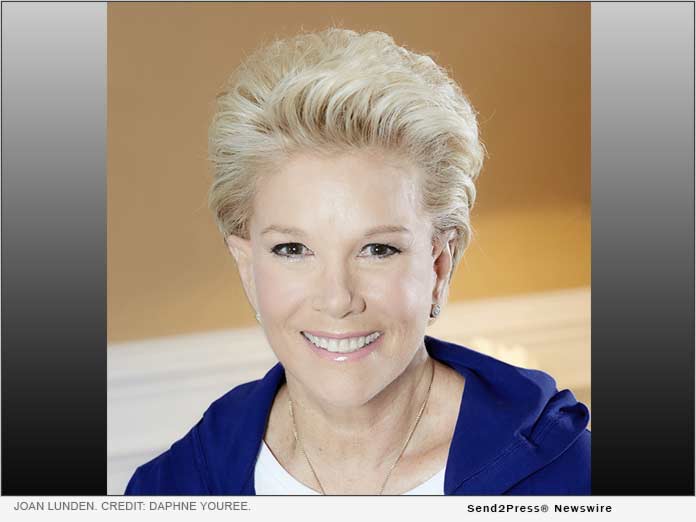 (ROCHESTER, N.Y.) — NEWS: Award-winning journalist, bestselling author, and women’s health & wellness advocate, Joan Lunden, has been named host of “Second Opinion,” public television’s Emmy-nominated national healthcare series. Produced by WXXI Public Media (Rochester, N.Y.), in partnership with the University of Rochester Medical Center, the weekly television program engages viewers across the country as they watch doctors and patients talk through a variety of health issues. With Lunden as the new host, the series will now be called “Second Opinion with Joan Lunden.”

“As one of America’s most recognized and trusted personalities, Joan exemplifies the mission of ‘Second Opinion’ in providing highly credible health information to our audience,” said WXXI President Norm Silverstein.

“With Joan as the new host, and the heightened interest in healthcare, ‘Second Opinion with Joan Lunden’ is the right show at the right time for public television stations across the country,” he added.

For nearly two decades, Lunden greeted viewers each morning on “Good Morning America,” bringing insight to the day’s top stories. As the longest-running female host ever on early morning television, Lunden reported from 26 countries, covered five presidents, five Olympics, and kept Americans up to date on how to care for their homes, their families, and their health.

As host of “Second Opinion with Joan Lunden,” she will draw from her years of experience as she guides medical professionals and lay people in honest, in-depth discussions about life-changing medical decisions. Season 17 with 10 episodes is slated to release in February 2021, airing in 90% of the country.

“It is my absolute pleasure to be joining the team at ‘Second Opinion’ which has been enlightening viewers on health issues for sixteen years,” said Lunden. “I’d always imagined I’d follow in my father’s footsteps, a cancer surgeon who was dedicated to his patients’ wellbeing. While I did not become a doctor, as a broadcaster and health advocate, I have had a lifetime opportunity to educate and empower others to better control their health and longevity. I look forward to becoming a part of the PBS family!”

One of the most visible women in America, Lunden has graced the covers of more than 60 magazines and books. Her newest book, “Why Did I Come into This Room: A Candid Conversation About Aging,” released in March, is a New York Times Best Seller. Recently, Lunden has been named the ambassador to the Poynter Institute’s MediaWise for Seniors program which aims to educate American’s over 50 on media literacy. Lunden is also the host of the Washington Post Podcast series, “Caring for Tomorrow,” premiering in September.

“Second Opinion” is a national multimedia health initiative that reaches an engaged audience through television, web, social media, and community and national outreach. Launched in 2004, its goal is to promote good health, improve doctor/patient communication and empower viewers to take charge of their own healthcare, and in turn, help them navigate the medical system for better health outcomes.

“Second Opinion” is made possible with support from the Blue Cross Blue Shield Association (BCBSA), which has provided production funding for the health care series for more than 15 years. A national federation of 36 independent, community-based and locally operated Blue Cross and Blue Shield companies, BCBSA is dedicated to finding innovative ways of ensuring that Americans have the healthcare information and resources they need – and “Second Opinion” serves as part of that commitment.

WXXI Public Media is an award-winning broadcast family of services dedicated to meeting the lifelong educational needs of its viewers. WXXI operates four digital TV channels, and an array of radio services which include an NPR station, a full-time classical music station, a Triple-A music station, and a radio-reading service for the visually impaired. WXXI’s national productions include documentaries that explore arts, culture and history such as “Restoring a Masterpiece: The Renovation of the Eastman Theatre,” “Dialogue in Metal,” and “Wendell Castle: A Portrait.”

The University’s health care delivery network is anchored by Strong Memorial Hospital, an 886-bed, University-owned teaching hospital designated by the New York State Department of Health as a Level One Regional Trauma and Burn Center and home to Western New York’s only cardiac transplant program. With more than 26,000 part- and full-time employees, the Medical Center is the largest single component of the Rochester region’s leading employer.