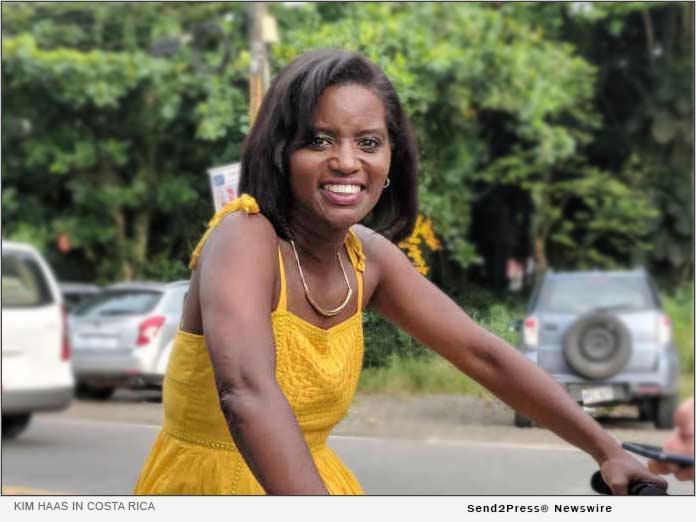 “We are introducing Public Television viewers to Afro-Latinos and their profound legacy in the Americas through history, culture, cuisine, art, dance, music, environmental conservation, literature, sports, and festivals,” says Haas. “Afro-Latino Travels is about Black joy, pride and resilience despite centuries of oppression and under-representation. The series features Afro-Latinos that will inspire viewers with hope and optimism.”

“Costa Rica’s Caribbean Coast was strongly influenced by the Jamaican inhabitants who arrived in the country over 400 years ago,” says Costa Rica Tourism Minister Gustavo Segura. “Costa Rica is an extraordinary country. We recognize ourselves as a multi-ethnic and multicultural nation and the province of Limón is the most authentic reflection of that melting pot of cultures and ethnic groups. Here at the ICT, we are very proud of this and view Afro-Latino Travels as an opportunity to share our history with those who seek to learn about and visit our country.”

Beginning in the 1500s and throughout The Middle Passage, millions of enslaved Africans were brought to Latin America through the 18th century. Researchers estimate at least 1 in 3 Latin Americans have African ancestry, and Africans and their descendants were involved in every aspect of Latin American society: colonialism, the fight for independence, the building of transportation and infrastructure (forts, railroads, etc.), and more.

“I’ve wanted to produce a series featuring the impact that the five centuries of African presence in Latin America has had for so long, and this two-part special is just the start of that journey,” shares Haas. “This project has been in the works for years, but with the lack of diversity in travel media and the growth of the Black Lives Matter movement more recently, now is the time to celebrate this heritage even more!”

Underwriting for the television program has been provided in part by the Ford Foundation, and in-kind support provided by the Costa Rican Tourism Institute. Afro-Latino Travels with Kim Haas is presented by Northern California Public Media (KRCB) and distributed by NETA.

Kim Haas, Executive Producer, Host & Creator of Afro-Latino Travels with Kim Haas, has been active in Afro-Latino issues for more than a decade and is founder of LosAfroLatinos.com, a blog celebrating Afro-Latino culture. Kim speaks fluent Spanish, Italian and Portuguese. Kim is passionate about her work with “Afro-Latino Travels,” and is extremely proud to be one of the few upcoming Black female travel hosts on public television, leading the path for more to follow!