TeamSnap and The Coaches Site have confirmed an all-star lineup of NHL coaches presenting at the TeamSnap Hockey Coaches Conference taking place on July 20 and 21 in Toronto. The annual hockey conference, presented by The Coaches Site, attracts hundreds of coaches of all levels from across North America and Europe. 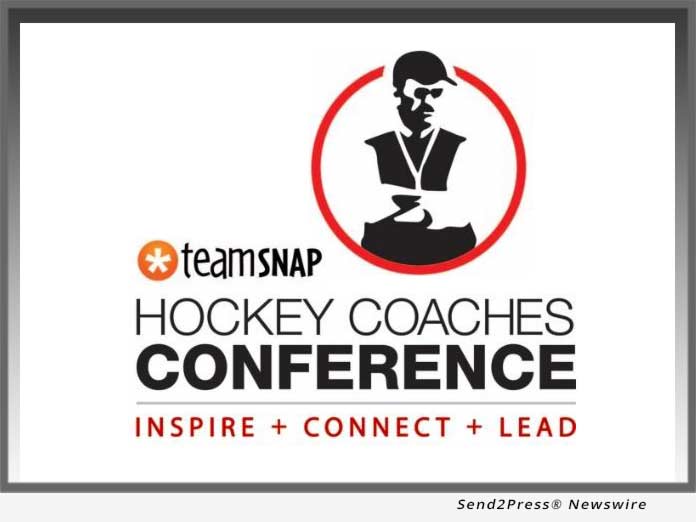 (TORONTO, Ontario) — NEWS: TeamSnap and The Coaches Site have confirmed an all-star lineup of NHL coaches presenting at the TeamSnap Hockey Coaches Conference taking place on July 20 and 21, 2018 in Toronto, Canada.

The annual hockey conference, presented by The Coaches Site, attracts hundreds of coaches of all levels from across North America and Europe to learn about the latest coaching trends, strategies and technologies.

“There is an incredible culture of collaboration in hockey, with coaches of all levels sharing ideas, philosophies and tactics,” said TeamSnap Chief Growth Officer Ken McDonald. “The Hockey Coaches Conference has really become an annual destination for the hockey industry to gather, where coaches and leaders can be inspired by the industry’s top experts as they look to develop the next generation of players – both on and off the ice.”

TeamSnap has a long history of supporting hockey teams with its easy-to-use platform to register, schedule, communicate and coordinate everything for the hockey season. Last year, TeamSnap and Hockey Canada launched a successful partnership to make TeamSnap the official team and sports management tool for the sports’ national governing body. Overall, more than two-thirds of all minor hockey teams in Canada use TeamSnap throughout their hockey season.

About TeamSnap:
Founded in 2009 and headquartered in Boulder, Colorado, TeamSnap has taken the organization of youth, recreational and competitive sports into the 21st century. Nearly 20 million coaches, administrators, players and parents use TeamSnap to sign up, schedule, communicate and coordinate everything for the team, the club and the season. TeamSnap makes organizing sports as simple as click, tap and go. For more information, visit https://www.teamsnap.com/.

About The Coaches Site:
Our goal is to build a coaching community where the latest tools and coaching aids are introduced. Founded in 2010, The Coaches Site is online source for the latest news and information regarding the coaching profession. We share the stories, ambition and knowledge of the men and women who strive to extract the very best in human performance. The Coaches Site’s premier coaching event is the TeamSnap Hockey Coaches Conference – attracting more than 400 coaches from across North America and Europe. Visit https://thecoachessite.com/ for more information.

MostFit Core Hammer and SYN Rings to be featured at the NSCA Coaches Conference in N.C.