TeamSnap, the household name in sports-tech management, announced today the expansion of its industry-leading platform with the introduction of TeamSnap Officials – an innovative new online platform to schedule, manage and communicate with referees, umpires and officials. 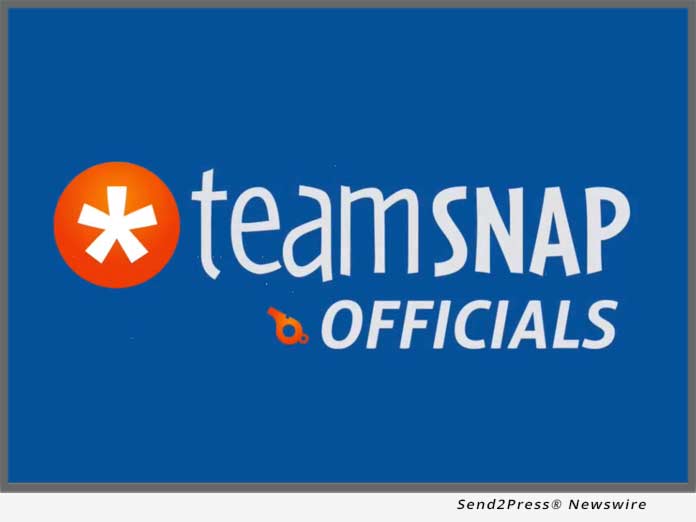 (BOULDER, Colo.) — NEWS: TeamSnap, the household name in sports-tech management, announced today the expansion of its industry-leading platform with the introduction of TeamSnap Officials – an innovative new online platform to schedule, manage and communicate with referees, umpires and officials.

“Referees, umpires and other officials are essential to the success of any sports season or event; there is nothing worse than not knowing if an official has been scheduled to show up to a game,” said Dave DuPont, CEO and co-founder of TeamSnap. “We are thrilled to launch TeamSnap Officials to help alleviate some of the stress in scheduling and communicating to officials – and ensure that sports’ unsung heroes know when and where to be at all times.”

TeamSnap Officials is integrated directly into TeamSnap for Clubs & Leagues and TeamSnap Tournaments, allowing administrators to manage officials directly from one easy to use platform. Referees and umpires can be easily scheduled through the intuitive applications, and instantly receive scheduling updates and game reminders.

The flexible feature can also be configured to allow officials to self-assign and schedule themselves for games and events.

The product was developed after in-depth research and consultation with sports organizations and officials’ associations across North America. A survey among TeamSnap for Clubs & Leagues users showed that last minute game changes and scheduling are two of the biggest pain points that sports organizations have when it comes to managing officials. The majority of sports organizations still rely on individual phone calls and emails to schedule officials.

This is the latest major product feature release for TeamSnap, following the introduction of TeamSnap Payments this past February.

Founded in 2009 and headquartered in Boulder, Colorado, TeamSnap has taken the organization of youth, recreational and competitive sports into the 21st century. 20 million coaches, administrators, players and parents use TeamSnap to sign up, schedule, communicate and coordinate everything for the team, the club and the season. TeamSnap makes organizing sports as simple as click, tap and go.